News: British manufacturer McLaren has launched a limited-edition coupé designed to reference the iconic car that won the 24 Hours of Le Mans race in 1995.

Capable of speeds above 200 miles per hour, McLaren's latest supercar features stylings borrowed from the company's F1 model launched in 1992 – initially for the road and later for the track, including at Le Mans – but also combines new technologies with lightweight materials.

In 1995, five McLaren F1 GTRs crossed the line to finish first, third, fourth, fifth and 13th at the 24 Hours of Le Mans – an endurance race that has been held every year since 1923 and is considered one of the most prestigious events in the world for car manufacturers to win.

McLaren has launched the 650S Le Mans coupé to celebrate the 20th anniversary of the result. 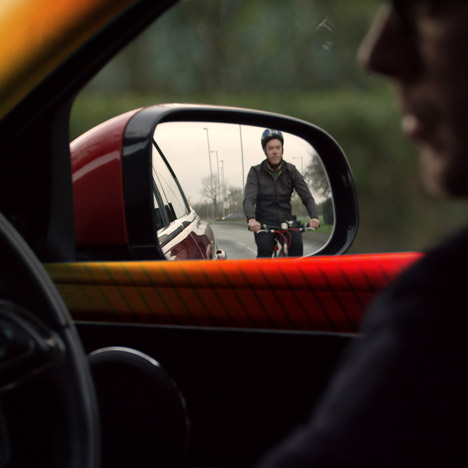 Created in consultation with Peter Stevens, a designer of the original McLaren F1, the McLaren 650S Le Mans features a number of styling similarities to the race winner, including a distinctive roof-mounted "snorkel" air intake.

The intake channels airflow to its 3.8-litre twin-turbo V8 engine to keep it cool, while the front wings feature subtle louvres to reduce pressure over the front wheels – increasing downforce and therefore improving the vehicle's handling.

Lightweight racing wheels – 19 inches in diameter for the front and 20 inches across for the rear – are also styled around the design of the rims fitted to the 1995 racers, and are mounted in front of carbon ceramic brakes.

"The design of the McLaren F1 rewrote the rulebook," explained Stevens. "The fact that it was transformed into a racer, and a race winner, was true testament to the strength and integrity of the original design, which is something I am very proud of."

"With a mix of subtle design traits, the 650S Le Mans adds a modern twist by blending the iconic lines of the McLaren F1 with groundbreaking technologies."

Carbon fibre features visually throughout the design, including on the rear bumper and the front splitter – an aerodynamic strip fitted to the front of a vehicle to reduce drag by smoothing the airflow around and under the front spoiler.

All of the limited-edition vehicles will be available in metallic grey – another reference to the 1995 vehicle – while the interior is finished in leather and features two black sports seats with McLaren-orange trim.

The McLaren 650S Le Mans is capable of getting from zero to 62 miles per hour in three seconds and its top speed is 207 miles per hour.

Available globally, only 50 models of the vehicle will be made available, each with a price tag of £244,500.

Other supercars featured recently on Dezeen include Ford's latest GT, which will be produced in 2016 to mark the 50th anniversary of the GT40's victory of the 1966 24 Hours of Le Mans race.