Naoto Fukasawa's Infobar A03 – an updated of the A02 device – features an aluminium case with rounded edges and corners that surrounds a 4.5-inch (11.4-centimetre) display.

"The new model boasts an elegant feel that fits comfortably in the hand," said a statement from Japanese brand KDDI.

The design was created for KDDI's au range, which also includes a transparent model by Tojukin Yoshioka launched last month. 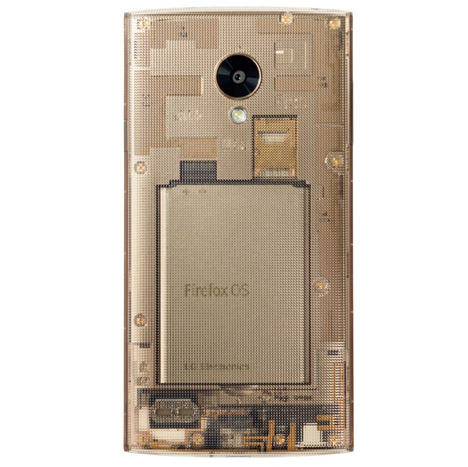 Infobar A03 has a unique user interface called Iida, which has been simplified from its previous version "for greater ease of use".

Three buttons along the bottom of the screen are designed for quick navigation, while a camera and speaker are located in the portion above the display, which curves around the sides of the device.

Another camera and the flash are located within a black strip on the otherwise fully coloured aluminium back panel.

Scheduled to launch mid-February, the phone will be available in the same red-based Nishikigoi colour scheme as earlier designs, as well as blue, brown and pink variations.

A range of accessories have also been designed to accompany the handset, including see-through covers, book-type cases and styluses.

Earlier this month, Google unveiled its latest prototype for the Project Ara modular phone, for which Lapka has imagined a range of health-related components.