Aston Martin will only make 100 of the new GT3 model and said that it aimed to create a "lightweight and extreme" vehicle that "bridges the gap between the road and race track". 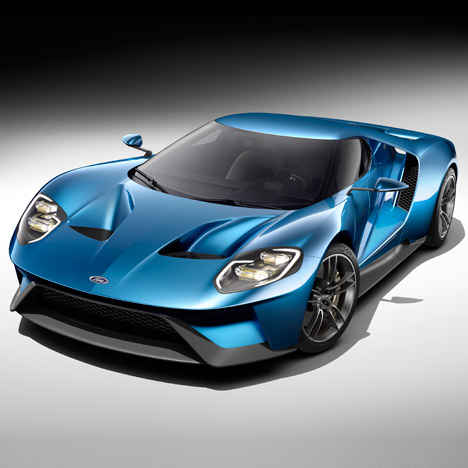 "Motorsport is in our blood at Aston Martin," said CEO Andy Palmer. "The Vantage is the car we campaign in top level sports car racing around the world and so it seems only fitting that we offer an exclusive, limited-edition Vantage that fuses our motorsport know-how and road car prowess."

The GT3 features the latest iteration of the brand's 6.0-litre V12 engine and weighs 100 kilograms less than its predecessor – the V12 Vantage S.

Redesigned to sit lower and wider on the road, the GT3 also includes a "track-focused" aerodynamics pack that includes an exaggerated rear wing and pronounced front splitter.

The rear wing acts to channel airflow efficiently over the back of the car when moving and a similar principle applies to the front splitter that cuts through the air, redirecting it to create downforce.

Both aerodynamic components work together to enhance the vehicle's handling when cornering at speed, making the car easier to control.

Carbon fibre is used throughout to reduce overall weight, including on the front wings, bonnet, door casings and roof. Weight-saving has also been considered in the design of the rear window, which is created from lightweight polycarbonate.

Inside, carbon fibre is also used for the central control stack, which features integrated touch-sensitive displays, as well as the racing bucket seats.

"The Vantage GT3 special edition is an uncompromising example of our design and engineering expertise," concluded Palmer. "I'm sure the 100 owners who secure one of these cars will savour every second behind the wheel; whether on the road or on the track."