Architecture office Stanton Williams has unveiled its plans to upgrade the entrances and public spaces of London's Royal Opera House, which have just been granted planning permission.

Stanton Williams, the firm behind the Stirling Prize-winning Sainsbury Laboratory, plans to increase the transparency of the Grade I-listed performing arts venue in Covent Garden, as well as creating a new glazed terrace.

"The Open Up project's principal objective is to transform the public's experience of the Royal Opera House at its Covent Garden home," explained Alan Stanton, who directs the firm alongside Paul Williams.

"We want to bring a sense of the magic that is created each night on stage to the open public spaces for all to enjoy," he said. "We are delighted that the project can now move forward."

Stanton Williams was selected for the project in 2013, ahead of studios including Amanda Levete Architects, Heatherwick Studio and Diller Scofidio + Renfro, with a proposal that was described as "showing sensitivity, skill and creativity". 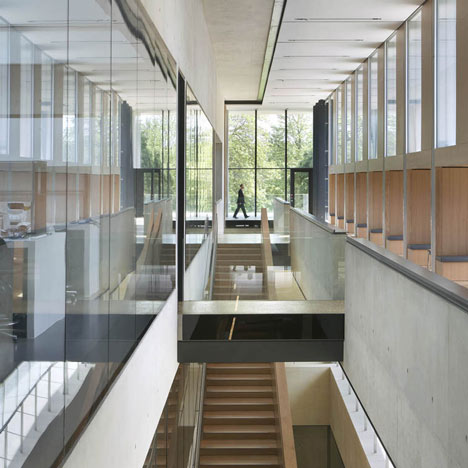 Working with engineering firm Arup, Stanton Williams intends to expand the building's foyer at ground level and create a better connection to the neighbouring Linbury Studio Theatre, which will also be redesigned to improve audience and technical facilities.

As well as replacing entrances on both sides of the building to introduce more glazing, a staircase will be added between the main foyer and the glazed conservatory – the Paul Hamlyn Hall – and a new terrace at amphitheatre level will overlook the Covent Garden piazza.

The building, which dates back to 1858, underwent a major reconstruction in the 1990s. The facade, foyer and 2,256-seat auditorium are all that remain of the original structure.

Building work is expected to commence at the end of 2015 and should take two years to complete. The main auditorium will be left untouched so that performances can continue as usual.