American furniture brand Emeco is to sue IKEA for damages for allegedly copying a chair designed by Norman Foster.

The American company alleges that IKEA's Melltorp dining chair, by Swedish designer Ola Wihlborg, is similar to its 20-06 Stacking Chair, designed by Foster in 2006.

Emeco has filed a design right and copyright infringement case against the Swedish furniture giant at Munich District Court in Germany and a hearing is scheduled for September.

Pennsylvania-based Emeco, which specialises in aluminium furniture, is seeking damages and wants IKEA to cease manufacturing the product.

"A hearing is scheduled for September in Munich," Emeco chairman Gregg Buchbinder told Dezeen. "We have started an action against IKEA in Germany for damages and to stop making the chair." 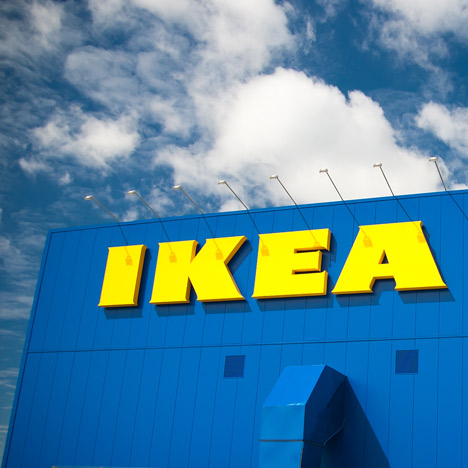 "IKEA does not comment specifically on any upcoming or ongoing legal proceedings," she said. "However, on the subject of design, IKEA never deliberately copies products sold by other companies or designers. Design is of greatest importance for IKEA and is an integral part of the IKEA vision and business idea."

But Alev Öztas, Emeco's vice president of sales and marketing, said that, in his opinion, the IKEA chair was "very, very similar" to Emeco's product. "When [people] see that very, very similar model in an Ikea catalogue at a completely different price range, of course it damages our business," she said.

The 20-06 Stacking Chair, designed by British architect Norman Foster, is a slimline tribute to Emeco's iconic Navy chair, which is also known as the 1006 and was first introduced in 1944 for use on US Navy submarines.

Both Emeco chairs are handmade from 80 per cent recycled aluminium using a proprietary 77-step process, which involves forming, welding, grinding, tempering and finally anodising and hand-brushing the metal.

Like its predecessor, the 20-06 has an estimated lifespan of 150 years but uses 15 per cent less aluminium and weighs just 3.2kg. It retails in the UK for around £540.

IKEA's stacking Melltorp chair features a powder-coated steel frame and a polypropylene seat and backrest. It weights 5.6kg and retails for £20 in the UK.

Emeco has resorted to legal action to protect its designs on several occasions in the past. In 2013 it reached a settlement with US furniture retailer Restoration Hardware, which it had accused of copying the Navy chair. Restoration Hardware agreed to cease selling the product.

In 2014, Emeco reached settlements with two more furniture companies that it had accused of copying the Navy chair and the Philippe Starck-designed Kong chair. In the same year home-rental brand Airbnb removed a set of aluminium chairs from its San Francisco headquarters after Emeco pointed out they were fake Navy chairs.

In a video interview with Dezeen in 2013, Emeco's Buchbinder expressed his frustration at firms that copied his products.

"In today's marketplace people are looking for economical things, and I understand that and there's a market for that," he said. "It's something that, as a manufacturer that puts a lot of time and effort into the development and research and everything else, is a very hard thing to swallow."