Milan Expo 2015: architect Jacques Herzog has launched an attack against the 2015 Milan Expo – for which he was one of the original masterplanners –  branding it a vanity fair that he thinks will be embarrassing and a waste of money.

Herzog, one of the two founders of Swiss firm Herzog & de Meuron, said he believed the Milan Expo 2015 was a missed opportunity to radically reinvent the format of the World's Fair.

"These expos have become huge shows designed merely to attract millions of tourists," he said in an interview with Berlin-based architecture magazine Uncube. "What a bore and a waste of money and resources!"

The architect, whose portfolio includes the Beijing National Stadium, compared the event with the Olympics – which he described as "a very profitable business for only a very few, and a financial disaster for the hosting city or country".

"Such events will increasingly take place in countries where democratic systems are not so well developed and such shows serve as propaganda for the political regime," he added. 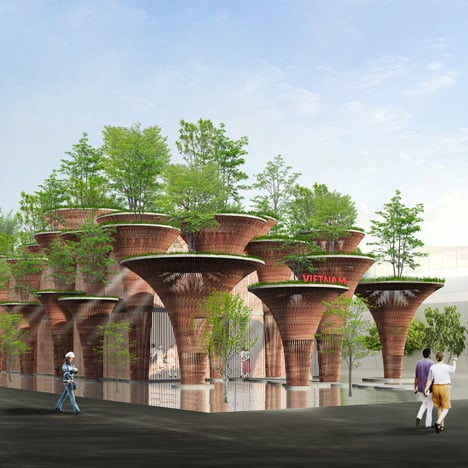 In 2009, Herzog was invited by Italian architect Stefano Boeri to draw up the masterplan for the 2015 expo, which has the theme of Feeding the Planet, Energy for Life and includes purpose-built showcase pavilions from around 140 countries.

American designer William McDonough and British urban designer Ricky Burdett were also on the design team, whose aim was to rethink the expo format to place more focus on exhibitions rather than on the designs for national pavilions.

But by 2011 all four had left the project. Herzog has now said this was because the organisers were not "powerful or courageous enough" to support their ideas, and had instead reverted to "the same kind of vanity fair that we've seen in the past".

"We decided only to accept the invitation to design the Milan masterplan if our client would accept a radically new vision for a world exhibition; abandoning these monuments of individual national pride that have turned all expos since the mid-19th century into obsolete vanity fairs," said the architect.

"The content of the exhibitions should make the countries look different, not the size of their pavilions," he said. "It simply seems embarrassing to address this very important topic and at the same time built enormous, dramatically curved pavilions with facades in wavy plastic or with spectacular waterfalls or whatever."

Herzog, Boeri and Burdett are still credited on the official expo website as the designers, but Herzog doesn't believe this year's event will be much different from its predecessors.

"I am afraid that the visitors will again be blinded and distracted rather than informed and made aware of chances and risks, of opportunities and difficulties, of politics and business, etc," he said. "There is an amazing variety of global themes that should be tackled and brought to the fore – the conventional format with national pavilions competing for design awards cannot deliver that!"