Opinion: the elevated highways that cut through major cities around the world were once heralded as harbingers of modernity, but are now seen as pollution-generating, space-guzzling monsters. Will Wiles wonders if they're really all that bad.

Who would defend the elevated urban motorway? From San Francisco to Seoul, the removal of city-centre expressways is held up as an inarguable public good. Parks sprout and boulevards make their stately tree-shaded way where once the land was kept in perpetual night and traffic boomed above.

A favourite pastime of the American urbanist blogs is to draw up "freeway teardown" hitlists. The American lobbying organisation Congress for the New Urbanism has a hitlist as well: Highways to Boulevards is one of its central campaigns. A commonplace blight is thus transformed into a widespread windfall-in-waiting. "Beneath the overpass, the heritage paving stones!" goes the cry.

A dab of plastic explosive here and there, and cities can enjoy a mini-boom. The "space eaters", as the great urban historian Lewis Mumford called them, are old now, and cannot keep down their meal: up it comes, space all over the place, where balloon-sellers may freely operate and loft-style living can prosper where once there were just lofts.

When even the weather gods are on the side of teardowns, what deviant could dissent?

Whither the choking traffic? It often seems to just melt away with the road that supported it, as if it never existed. So there's a note of the circus-tent revival faith healer: throw down your concrete crutches and walk(ability)! If this is beginning to sound a little overheated, consider the fact that the 2005 restoration of the Cheonggye creek in central Seoul altered the city's climate for the better, lowering (often stifling) summer temperatures in the area by more than three degrees centigrade.

When even the weather gods are on the side of teardowns, what deviant could dissent? Even opponents of teardown schemes mostly take the line that elevated freeways are a necessary evil, unpleasant but doing a vital job keeping things moving, and that the alternatives can be expensive. 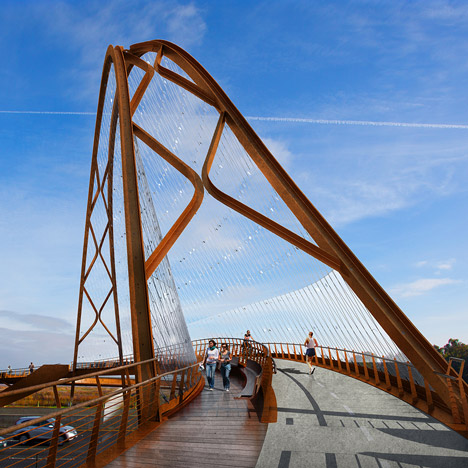 Boston's Big Dig project to sink the city's Central Artery expressway into a network of tunnels was undoubtedly a long-term boon to the city, but in the short term was synonymous with rampaging cost overruns and corruption – rarely an appealing political trade-off.

But broad consensus of this sort in urban policymaking can lead to very poor decisions. Many of these elevated highways sprang from exactly that kind of dangerous one-size-fits-all consensus – that the private automobile was the future and that all cities were going to have to adapt, regardless of the cost.

The notion that the debate has now been permanently settled leaves urbanists dangerously unprepared for the fact that the relationship between the city and the private automobile is about to change completely. Most – not all – of the nasty aspects of urban motorways are, in fact, nasty aspects of the car. Pollution, noise, danger: cars, cars, cars.

Regarding these as problems with roads leads to faulty thinking: for instance, burying elevated roadways into tunnels, currently being discussed as an option for the dilapidated Hammersmith Flyover in west London, can achieve little more than moving pollution about. Moreover, all of these problems are on the brink of solution. In many cases, the only task that remains is the implementation of existing, practical technology.

Take noise and pollution: both solved by the clean, quiet electric car. (Well, clean inasmuch as the pollution is moved to wherever you generate electricity, which may or may not be clean, but the important point is that it is removed from the city centre.) Safety, meanwhile, is greatly improved by so-called "driverless" technology, as trialled by companies including Google.

The UK government is pushing ahead full speed with implementation of driverless vehicles. In the face of the horrifying number of cyclist deaths on London's roads, I am convinced that within the next five years there will be irresistible pressure for heavy goods vehicles to be fitted with at least some the safety measures inherent to this technology as a condition for entering busy city streets.

Thus rehabilitated of its most unpleasant habits, the private car could be on the brink of a resurgence, even if the very concept of "private" motoring could be undercut by the centralised, collective, not-very-transparent business of software-driven cars. This is not necessarily a recipe for urban sanity.

Driverless cars are often presented as a way of making the road network more efficient, which is to say getting it to carry more cars at higher speeds. In common with so many "smart" technologies, it is completely assumed that increased efficiency is automatically good. In fact, huge numbers of silent electric vehicles zipping around city centre streets at optimum speeds might not in fact make for a very comfortable environment for pedestrians and cyclists, however unimpeachable the safety measures installed in those vehicles. This conjures up the Buster Keaton image of an OAP slowly crossing the Archway Road as a digitised torrent magically parts around her – a miracle of technology, but perhaps not of peace of mind.

The case for removing cars from city centres is going to have to be made all over again, possibly with more difficulty this time. And that might put other methods of high-speed circulation back on the table: the elevated urban motorway. So, is there anything that can be said for it as an urban feature? I've written before about the dangers of prettification and the value of the multi-level city in reminding us that we live in a complex net of infrastructure – something we forget at our peril.

Often it falls to outsiders to find the beauty in urban motorways. For instance, French philosopher Jean Baudrillard rhapsodised about the unique way that freeways suit Los Angeles: "[They] do not de-nature the city or the landscape; they simply pass through it and unravel it without altering the desert character of this particular metropolis. And they are ideally suited to the only profound pleasure, that of keeping on the move."

The Westway's appeal is that it belongs to London generally

But natives can take the same pleasure. In 2013 the filmmaker Chris Petit proposed that "if there were any sense of cultural justice in this country", the Westway in west London would be renamed after the writer JG Ballard. Ballard wrote about his affection for the Westway in several places - most notably it makes appearances in this novels Crash and Concrete Island. The latter is set on an island in the Westway.

This is an idea that merits serious consideration, but the Westway's appeal is that it belongs to London generally, not just Ballard, and has been celebrated over and over by writers, artists and musicians.

For me, it has been the triumphal gateway to London since childhood, regardless of whether I was arriving by car, coach or train (the railway into Paddington station passes alongside it in its final stretch). If the knives are out for the Hammersmith Flyover, it won't be long before some bright spark proposes removing the Westway, especially given its progress through desirable real estate in Kensington and Westminster. There is already an odd scheme to shroud it in greenery. We should start making the case for its retention now.

Meanwhile, it's still valuable to draw up those teardown hitlists – there are plenty of misplaced, ugly, divisive and unnecessary urban freeways out there. But there are also valuable ones. Not just useful routes we can hold our noses and endure, but thrilling structures, culturally important landmarks, exhilarating driving experiences and scenic routes. Perhaps it's time for a few Freeway Keepup lists. Mine would be headed by the Westway, FDR Drive in New York and the East Coast Parkway in Singapore from Changi to downtown, a breathtaking bit of urban drama.