Milan 2015: leading designers have spoken out about the "awful" intrusion as visitors and journalists scramble to grab photos and interviews at design fairs.

"There's just no respect for any of us," said Konstantin Grcic, who said designers were treated "like cattle that are pushed around."

Grcic spoke to Dezeen at the Plank stand at the Salone del Mobile, where the interview was interrupted by a man trying to take a selfie with the designer.

"It's really terrible," the German designer said. "People put iPhones in your face and film you and post that on the internet. It's really sad."

Grcic said that he felt it was "wonderful" that there was so much interest in design, and felt that this year's Salone del Mobile was of a high standard. But he added that the quality of design coverage was suffering as a result of ubiquitous digital media.

"I find it touching," he said. "I don't want to moan. This guy wants to have a photograph with me, that's amazing. But then it's totally superficial as well. There's no more quality in this form of interaction. It's awful."

The punishing media schedule at the fair was exhausting, Grcic said, with online publications lining up to grab quick interviews, which they publish immediately without regard for quality.

"Some journalists are working for such low-budget productions that they put an iPhone in my face for two seconds, then they rush off to something else," he said. 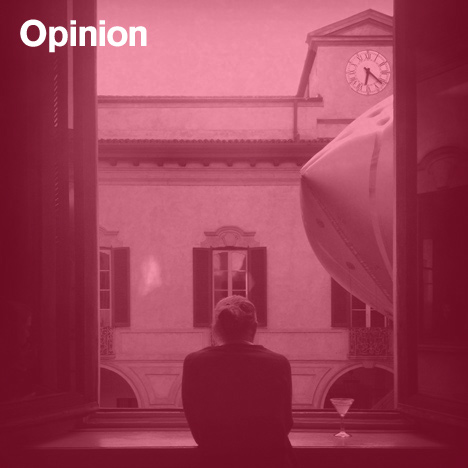 "I know that amongst my friends and colleagues, Milan has become a kind of hardcore, once-a-year event when we're kind of like cattle that are pushed around," he added. "It's not very pleasant. It used to be nicer."

Spanish designer Patricia Urquiola added that Salone del Mobile was turning into "a kind of wild west," as visitors rushed around filming everything on their phones and tablets.

"You see the people with their iPad making a video," she said. "They fall over the items on display because they don't see them. I don't know what they are seeing."

Speaking to Dezeen during a video interview at the Moroso stand, Urquiola was distracted by a woman filming proceedings at close range on her iPhone.

"Everything you do is on the internet immediately," she said. "We have half a million people coming to the Salone del Mobile, creating their own media."

Urquiola said the situation was so bad at last year's Milan fair that it made her "afraid".

"Last year I was suffering," she said. "I am a designer with a certain credibility and there's all these people doing this."

However this year Urquiola has decided to observe the phenomenon in order to understand it better and learn from it, adding that the media frenzy surrounding design was becoming more interesting than design itself.

"It's more interesting than what we are doing," she said. "It interests me more."

French designer Philippe Starck said the obsession with capturing every aspect of life through a screen was "sick".

"I don't want to look archaic, but you have to feel the things, you have to live it, on the screen you don't feel it," he told Dezeen during an interview at the Flos stand at the Euroluce lighting fair.

Like many brands, Flos builds a suite of private rooms at the back of its stand where interviews and meetings can take place without fear of interruption. 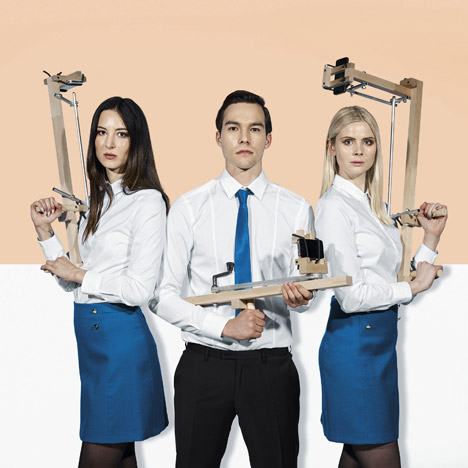 Starck said that human intelligence would suffer as people cease to experience the world first hand and instead rely on digital devices to record experiences that they will never look at again.

"People now record everything," said the designer, who does not own a phone or a computer. "That means perhaps in two generations we shall have no more the software of human memory. Why try to remember? Because you think you have taped everything but you don't know that you will never see what you've recorded. Nobody will ever see the pictures again."

For the picture used at the top of this story, Starck posed with his hand in front of his face as a comment on the situation.

He added: "It's sick and the damage will be astonishing."

Additional reporting is by Dan Howarth.