London's Royal College of Art is the top-ranking design school in the world, according to an annual league table of the world's best universities.

The RCA was named the top university for Art & Design in the World Universities Ranking compiled by higher education networking organisation QS.

The college scored 96 points in the QS system, which measures institutions on their reputation among academics and employers, the number of international students and staff, the ratio of faculty members to students, and the number of citations referencing work by each universities in research papers published within the last year. 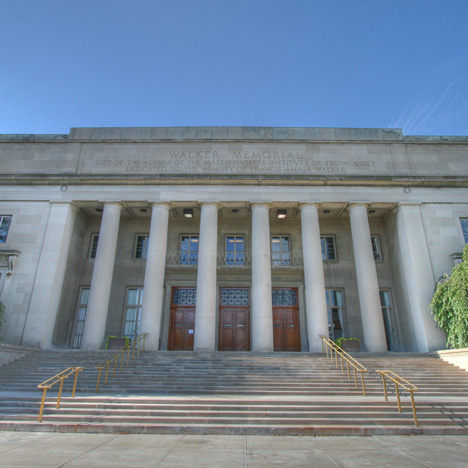 The RCA's alumni include some of the design industry's most recognisable names including Thomas Heatherwick and Jasper Morrison. Past teachers have included designers like Ron Arad and Tord Boontje, although the institution recently lost some of its key faculty members.

"The RCA is highly selective, taking the world's most talented artists and designers," said RCA rector Paul Thompson. "Those students go on to transform the world – in fine art, fashion, automotive design and engineering. The QS ranking for Art and Design are another resounding endorsement of London's universities, following hard on the heels of recent surveys, which place UCL, ICL, Kings and LSE within the top tier of world ranked universities."

The QS top 10 ranking for art and design was dominated by US and UK institutions. Parsons The New School for Design in New York came in second place, followed by the Rhode Island School of Design in Providence, MIT and New York's Pratt Institute.

Sixth place was awarded to the School of the Art Institute Chicago, followed by the California Institute of the Arts and the University of the Arts London – which encompasses Central St Martins, the London College of Fashion, the London School of Communication and the Chelsea, Camberwell and Wimbledon schools of art.

The Art Centre College of Design in Pasadena and the Glasgow School of Architecture in Scotland complete the list.

Although the RCA came first overall in design subjects, it was not the world's top ranking school for architecture.

QS has been publishing international university rankings for 10 years, and issues the full results as interactive tables on its website.

"Many types of user read our rankings, from education ministers to schoolteachers," said QS, in an overview about trends in university performance. "But our main aim is to provide information that potentially mobile students will find compelling."

"Since 2004, the number of people studying outside their home country has nearly doubled, and we know that rankings are a prime source of information for these ambitious people."