Dutch designer Joris Laarman has designed a pedestrian bridge for Amsterdam that will be 3D printed by robots (+ slideshow).

The ornate metal structure, which will span a canal in the Dutch city, will be printed in-situ by robotic arms. The location of the bridge will be announced soon and completion is set for 2017.

The versatile six-axis robots – which are able to rotate their arms along six different planes of movement – will print a load-bearing structure that will support their own weight as they work.

This will allow them to start on one bank of the canal and work their way across to the other side, printing steel as they go.

"This bridge will show how 3D printing finally enters the world of large-scale, functional objects and sustainable materials while allowing unprecedented freedom of form," said Laarman. "The symbolism of the bridge is a beautiful metaphor to connect the technology of the future with the old city, in a way that brings out the best of both worlds."

The project has been developed by MX3D, a technology startup launched by Joris Laarman Lab to investigate ways of printing large, sophisticated structures.

It builds on technology developed by Laarman that allows industrial robots to "draw" metal structures in the air. This potentially allows far larger structures to be printed than are currently possible, and means the technology can start to move out of the factory and onto the construction site. 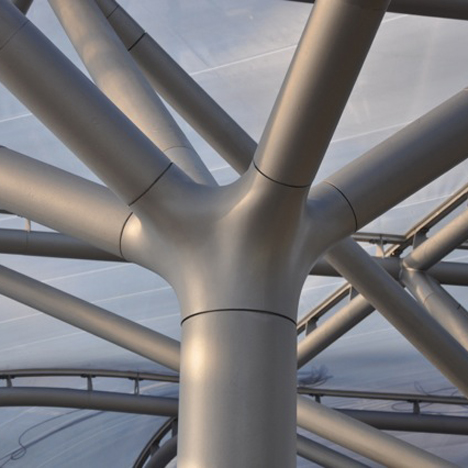 "What distinguishes our technology from traditional 3D printing methods is that we work according to the 'printing outside the box' principle," said Tim Geurtjens, chief technology officer at MX3D.

"By printing with six-axis industrial robots, we are no longer limited to a square box in which everything happens," Geurtjens added. "Printing a functional, life-size bridge is of course the ideal way to showcase the endless possibilities of this technique."

The project, which is supported by design software company Autodesk and construction company Heijmans, could eventually allow entire buildings to be printed.

"The MX3D platform is a potential game changer," said Maurice Conti, director of strategic innovation at Autodesk. "Breaking free of the traditional limitations of additive manufacturing – small-size prints and poor material performance – this technology opens up possibilities for architectural-scale, relatively low-cost, metal structures that are as complex as the designer’s imagination." 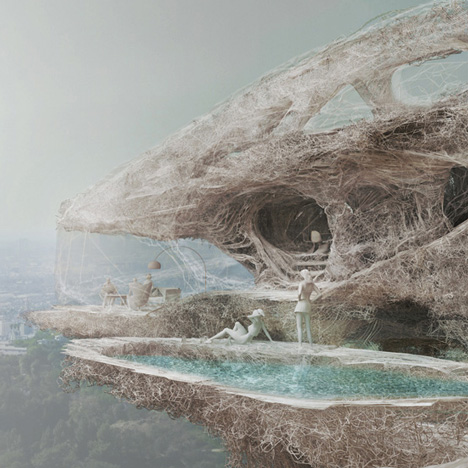 Laarman is a pioneering designer who works at the interface between technology and traditional object-making. Projects by the 35-year-0ld include 3D-printed metal chairs and explorations in making furniture based on the way bones grow.