Barber and Osgerby's creative consultancy Map and technology company SAM have designed a kit of "building blocks" aimed at simplifying the creation of internet-connected products (+ slideshow).

SAM's Internet of Things toolkit is made up of a series of bluetooth-enabled modules that connect via an app or a cloud storage system.

The Internet of Things (IoT) is a term used to describe a group of electronic objects that can exchange data with each other and their users via the internet. Examples include connected home products like thermostats or a smart lock that uses a phone app instead of keys.

The kit produced by SAM is designed to enable those without previous coding experience to create products and systems that work in this way.

"There was no really easy way to create a product, an app, or a piece of art using electronics and coding," SAM CEO Joachim Horn told Dezeen.

"I thought this was crazy as it basically meant cutting off the majority of the designers who haven't had the luxury to have a technical education."

SAM and Map worked together to design both the physical modules, which they refer to as "building blocks", and the digital software that come as part of the kit.

Within ten years "everything will have data in it", says Nest CEO

The modules are divided into sensors and actors. The sensors are responsible for input – buttons, pressure sensors, thermometers, etc. – and the actors provide outputs such as lights, buzzers and motors.

Data captured by the sensors is transferred via bluetooth to the software, which reads and interprets the information. The software then sends the resulting instructions to the actors, which perform their various tasks accordingly.

Examples of projects created with SAM's technology include a skirt that automatically rotates at the speed of the dancer that wears it – made by pairing pressure sensors in the shoes and motors in the skirt.

One of the SAM buttons was also used as a doorbell that prompted a camera to take pictures of visitors and post the images to the homeowner's Twitter account.

A Bluetooth low-energy antenna and a lithium polymer battery are integrated into each block, removing the need for wires, meaning the modules can be placed wherever necessary.

"There are no wires to get tangled in or complexities around fault finding, and it really does free up inputs and outputs to be physically separated from one another and create genuine IoT experiences," Map designer Paul Wolfson told Dezeen.

Each block is wrapped in an elastomer band that hides the electronic components, but can be removed if the user wishes to tweak them. 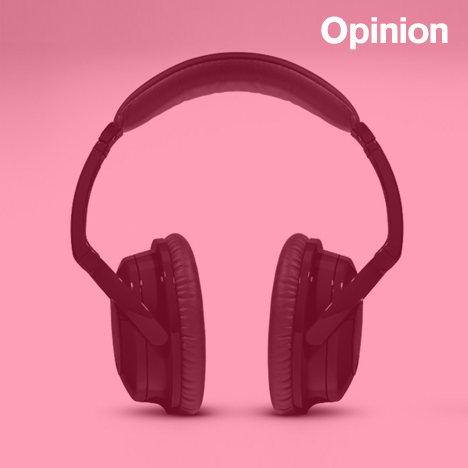 The kit aims to help designers and students learn about electronics and computer science.

"[The Internet of Things] is becoming essential," said Wolfson. "The boundaries have blurred between the world of physical and digital products, and the potential to connect one thing to another is huge. This doesn't just mean physical objects talking to one another but talking to broader services and experiences, which might only exist digitally."

The cardboard packaging for SAM's different sets was also created by Map, which was set up by designers Edward Barber and Jay Osgerby in 2012.

The branch of the studio has been responsible for projects including a build-your-own computer kit and a collection of wall storage products for the bathroom.

A number of designers have been working to make programming more accessible to larger numbers of people. Examples include Technology Will Save Us, who have designed a programmable pocket-sized device to be given to 1 million UK children. Their DIY Gamer Kit was acquired by New York's Museum of Modern Art last year, alongside an Arduino and three other DIY electronics products.

"These objects reflect the deep and central role technology and interface design now play in education, production, and our everyday lives," said Paola Antonelli, MoMA's senior curator of architecture and design, of the devices. "In their own unique ways they allow audiences – artists, designers, and active maker-culture enthusiasts, pros, children, and amateurs – to engage with the processes and final products that are usually the preserve of electronic engineers."