British architect Atkins has started work on a 460-metre-high skyscraper in Ho Chi Minh City, which is set to become the tallest building in Vietnam on completion.

Located on the banks of the Saigon River, the 81-storey mixed-use tower by local developers Vingroup will claim the title from the 345-metre Landmark 72 in Hanoi.

The Vincom Landmark 81 will rise from a square footprint as 25 thin sections of various heights, with shorter elements topped with roof gardens around the edges and taller parts of the glass-clad structure located in the centre. 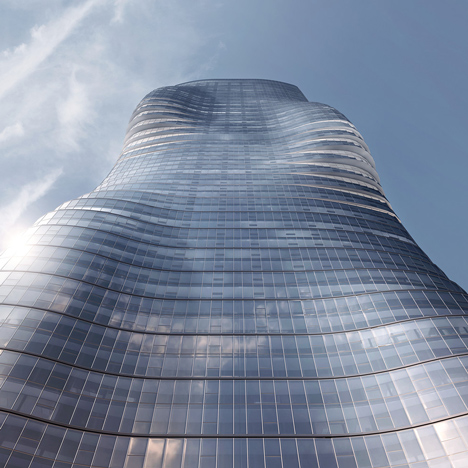 Beyoncé-inspired skyscraper to be built in Melbourne

Atkins – responsible for both the architecture and landscape design of the 241,000-square-metre development – has designed the tower to include a hotel, serviced residential apartments and retail space. A luxury shopping centre will face onto a large landscaped area at its base.

"Our challenge was to create a unique and dynamic landmark tower design to support Vingroup's vision for a high-end mixed-use development," said Bertil de Kleynen, director of architecture and landscape for Atkins in the Asia Pacific region. "The tower is integrated into the public realm that addresses sustainable design challenges at various interfaces of the project."

Atkins is collaborating with British engineering group Arup on the design and construction of the skyscraper, which will exceed the height of landmark structures including Chicago's Willis Tower and Kuala Lumpur's Petronas Towers.

"This project marks a significant progress for Atkins in Vietnam and reinforces our track record in landmark projects on a global scale," said de Kleynen.

Related content: see all our stories about architecture in Vietnam

Due to complete in 2017, Landmark 81 will add to the city's growing skyline that also includes the Bitexco Financial Tower, Vietcombank Tower and Saigon One Tower – all of which are over 40 storeys high and have been finished in the past five years.

Skyscrapers poised to dramatically alter other cities include the 278-metre-high 22 Bishopsgate proposed for London and Herzog & de Meuron's 180-metre triangular tower, which is planned to become Paris' first skyscraper in over 40 years.

Atkins has also designed the spectacular Songjiang Hotel, which is being built into the cliffs of an abandoned a quarry in China.