Dezeen and MINI Frontiers: Royal College of Art graduate Frank Kolkman has built an open-source machine that could enable people to perform keyhole surgery on themselves using a Playstation controller (+ movie).

Kolkman's OpenSurgery project, which he presented at the RCA's Design Interactions graduate show, is a surgical robot made from a combination of off-the-shelf components and custom 3D-printed parts.

Kolkman bought most of the components to build the machine online. He then hacked them, with help from the 3D-printing community.

"Essentially the same electronics that drive a domestic 3D printer drive this surgery robot," he says. "All the other parts are off-the-shelf. By bringing all of these parts together you're able to create a semi-functioning surgery machine."

Currently, Kolkman has set up his machine to run through a randomised series of movements to show off its capabilities. However, he says that a video game console controller would be precise enough for a surgeon to operate it.

"I'm proposing that this machine could in fact be controlled by a Playstation 3 controller," he says. "Simply because it's available and has all the right degrees of freedom to control such a device."

Kolkman has not tried to perform an operation with the machine and does not intend to do so, but says it is theoretically capable of performing keyhole surgery. 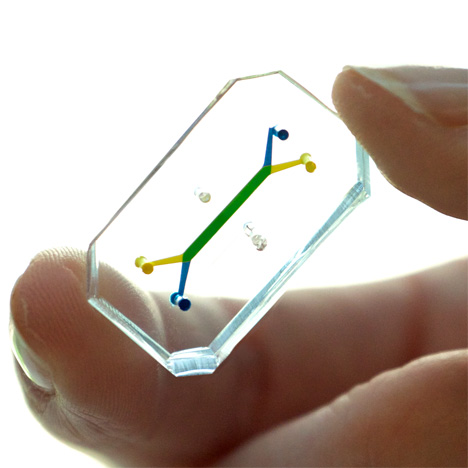 "It could be used to do any type of surgery in the lower abdomen," he explains. "Very common [examples of keyhole surgery] are operations on the prostate, or appendectomies, or even hysterectomies."

While admitting the project is controversial, Kolkman believes that such a machine could be beneficial for people who are unable to afford proper healthcare.

He was inspired to start the project after discovering a raft of self surgery videos online, in which people film themselves performing basic operations for others to imitate.

"What is happening now is that people turn to YouTube to share DIY tutorials," he says. "I couldn't help but wonder what would happen if you supply this group of people – who have no alternative at this point – with more capable tools outside of healthcare regulations."

Kolkman's machine took five months to build from scratch and cost him just $5,000 (£3,230), which he says compares to $10,000 (£6,460) for a single appendectomy in the USA currently. A professional robot capable of performing keyhole surgery would cost at least $2 million (£1.3 million).

"Even in first world countries like the US, healthcare is increasingly becoming inaccessible to large numbers of people," Kolkman says. "The intentions of this machine are not to perform any kind of operation, but more to provoke alternative ways of thinking of medical innovation by taking it outside the social economic framework it operates in."

This movie was filmed at the Royal College of Art in London. Photographs and additional video footage is courtesy of Frank Kolkman.

The music used in the movie is a track by UK producer 800xL.