Design Academy Eindhoven graduate Manon van Hoeckel is crowdfunding her In Limbo Embassy – a travelling office that aims to facilitate open discussion around immigration in the Netherlands.

Van Hoeckel's "embassy of the undocumented" – currently a simple wooden trailer that she purchased and rebuilt herself – is planned to travel across the country to provoke debate about migrants.

"Too often direct contact between refugees and society is lacking," said the designer, who conceived the project during her studies. "For this, the mobile embassy offers a neutral meeting space."

The space has been designed to offer an alternative to more "official" embassy buildings, with pared-back white painted interiors, and a single wooden desk where ambassadors can conduct meetings and discussions. The embassy's orange and blue branding is emblazoned on flags affixed to the front of the trailer. 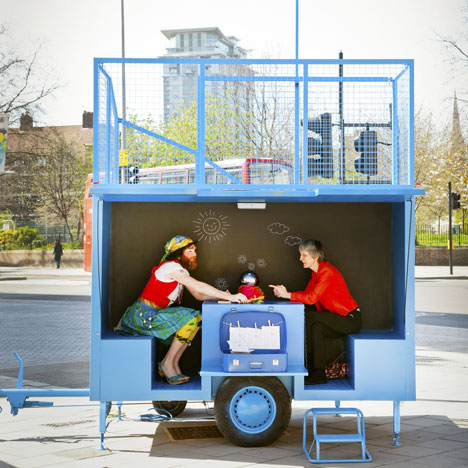 Migrants, asylum seekers and refugees will adopt the role of ambassadors as the building journeys through the country, taking the opportunity to share their experiences with the public.

Locals, passersby and government officials will be invited to join the debate, using the In Limbo mobile office as an open space for discussion, and a chance to combat prejudices about immigration.

The project is currently seeking support through Dutch crowdfunding platform Voordekunst. Donations will go toward upgrading the office, launching promotion, and covering the day-to-day expenses of the ambassadors.

Official portraits of the ambassadors, shot by Belgium-based photographer Alexander Popelier, will also be sold to support the campaign.

"I hope the mobile embassy will be inviting and accessible to many people," van Hoeckel said in an interview with WOW Amsterdam. "This project's goal is to lower the barrier to get in touch with the actual people discussed in the news and in the papers: the asylum seekers themselves."

"In principle, everyone is welcome at the squats they stay in at the moment, but that step is too big for many. The embassy and the ambassadors are open to conversation or discussion based on equality," said the designer. 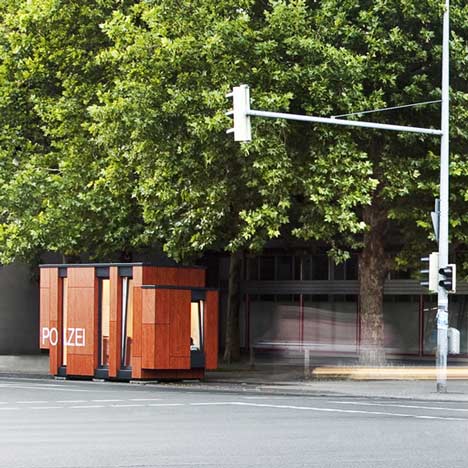 The embassy will embark on a pilot in Amsterdam this September, after which it plans to travel to Eindhoven for this year's Dutch Design Week. The project has also been nominated for a Dutch Design Award in the communication category.

Buerger Katsota Architects encased the Belgian Embassy in Athens with folding steel shutters and bullet-proof glass, and EXH Design completed an extension to the Swiss Embassy in Beijing with a glass and bamboo façade over a steel structure.