Composed of powder-coated-iron and plastic, the Black Swan light features two circular lamps held on branches attached to a slender stem, which is fixed to a solid base.

Each of the lamps can be moved up and down the central stalk of the light. Both are held at a fixed angle, intended to reference the "elegance of long-necked birds". 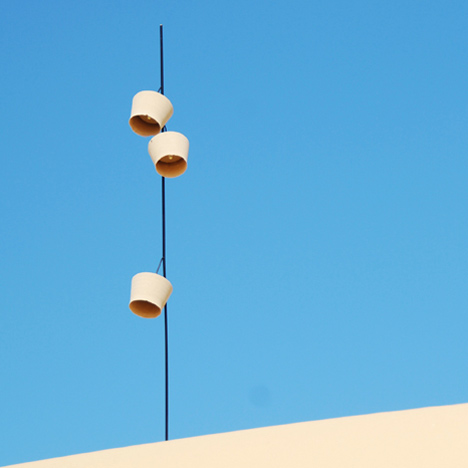 "Long before I become a designer I used to observe animals and learn their behaviour, Meiri told Dezeen. "In many of my designs I am inspired by creatures from the animal kingdom."

"This time I choose to try and imitate the beauty of a swan tilting his neck or an heron spreading her neck toward in order to catch her next meal. The main challenge in designing this lamp was to be able capture this gesture."

"There is something fascinating in animals' movement, something about strength, elegance and honesty, and I always wanted be able to translate it in my creation," he added.

Other lighting designed by Meiri includes a double-headed 2 Moons lamp, that mimics celestial bodies, a light with a shade made from fresh seaweed draped over thin metal spokes, and a set of table lamps with metal shades hanging from slender stalks. 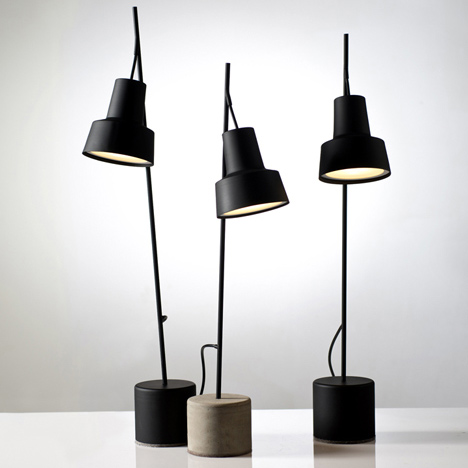 The designer also used layers of bamboo, chipboard and Corian to create a collection of layered vases.

The Black Swan lamp launched at Mint Gallery as part of London Design Festival 2015, which ran from September 19 to 27.