These new images by Swiss-French photographer Hélène Binet offer a detailed look at the spaces of Damien Hirst's new south London gallery, which opened to the public earlier this month (+ slideshow).

Designed by London architecture firm Caruso St John, Newport Street Gallery is a space for the artist to exhibit pieces from his own personal collection, which includes works by Francis Bacon, Tracey Emin, Jeff Koons and Pablo Picasso.

The gallery is housed within three renovated red-brick warehouses – originally built in 1913 for theatre carpentry and scenery production – and two new structures constructed from black engineering bricks. It stretches along an entire street in Vauxhall.

Newport Street Gallery opened to the public on 8 October 2015, with an inaugural exhibition dedicated to the work of Sheffield-born abstract painter John Hoyland.

The building has since had mixed reviews from critics, with comments ranging from "unremarkable" and "severe", to "finely crafted" and "immaculate".

The Telegraph's art critic Mark Hudson wrote: "The space itself is unremarkable: a tasteful warehouse conversion that looks just like any other white-walled gallery." 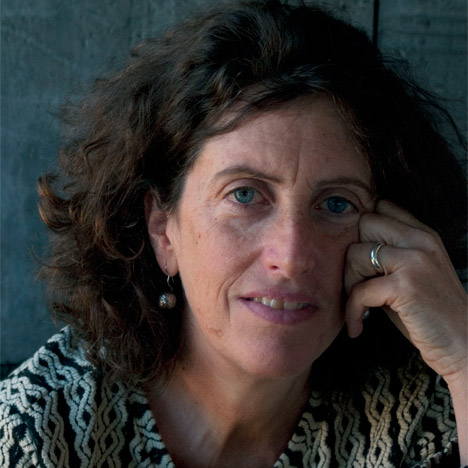 Digital photographs of buildings can be "disturbing", says Hélène Binet

But the paper's architecture critic Ellis Woodman disagreed, suggesting that there is more to the building than its robust brick facade. "The severe exterior conceals moments of surprising exuberance," he said.

Financial Times critic Edwin Heathcote echoed Woodman's sentiment, claiming the gallery "reveals itself to be extremely finely crafted only on a closer look."

He also praised the building's interiors, particularly the white brick staircases that spiral between the floors. Heathcote described these as "perhaps the best the city has seen for decades, a return to a kind of Edwardian civic architectural grandeur".

In the Guardian, architecture and design critic Oliver Wainwright also lauded the building as a display of craftsmanship, but questioned whether the overall effect was too understated. 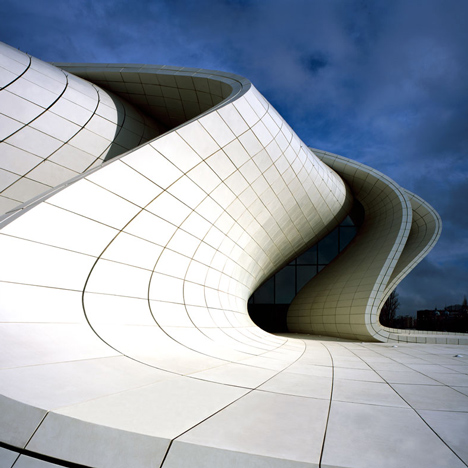 "It looks a bit like a block of luxury docklands apartments – a couple of old brick warehouses with a polite in-keeping brick extension," he said. Wainwright then went on to describe it as "a model of careful craft by one of the best architects practising in the UK today".

The new photographs of the building demonstrate the high-contrast style favoured by Hélène Binet, who still shoots exclusively in analogue rather than using digital. In an interview with Dezeen earlier this year she said she finds digital photography "slick" and "very disturbing".

Binet also recently photographed another Caruso St John-designed London gallery – the recently completed Gagosian Grosvenor Hill. The two projects are among several new exhibition spaces in the capital, where the art and design scene is experiencing a "new energy", according to gallerists and collectors.