The five-piece Print in Motion collection includes matching tops and trousers, catsuits, a dress and a long coat, all of which contain multiple layers of fabric.

A stripe-patterned black and white catsuit – made from an elasticated material to fit the body – has an accompanying transparent PVC jacket with stripes in contrasting directions. As the lines move past each other, the patterns create a visual effect known as moiré.

The effect has previously been used by other designers to create a range of jewellery and a rotating mirrored lamp. 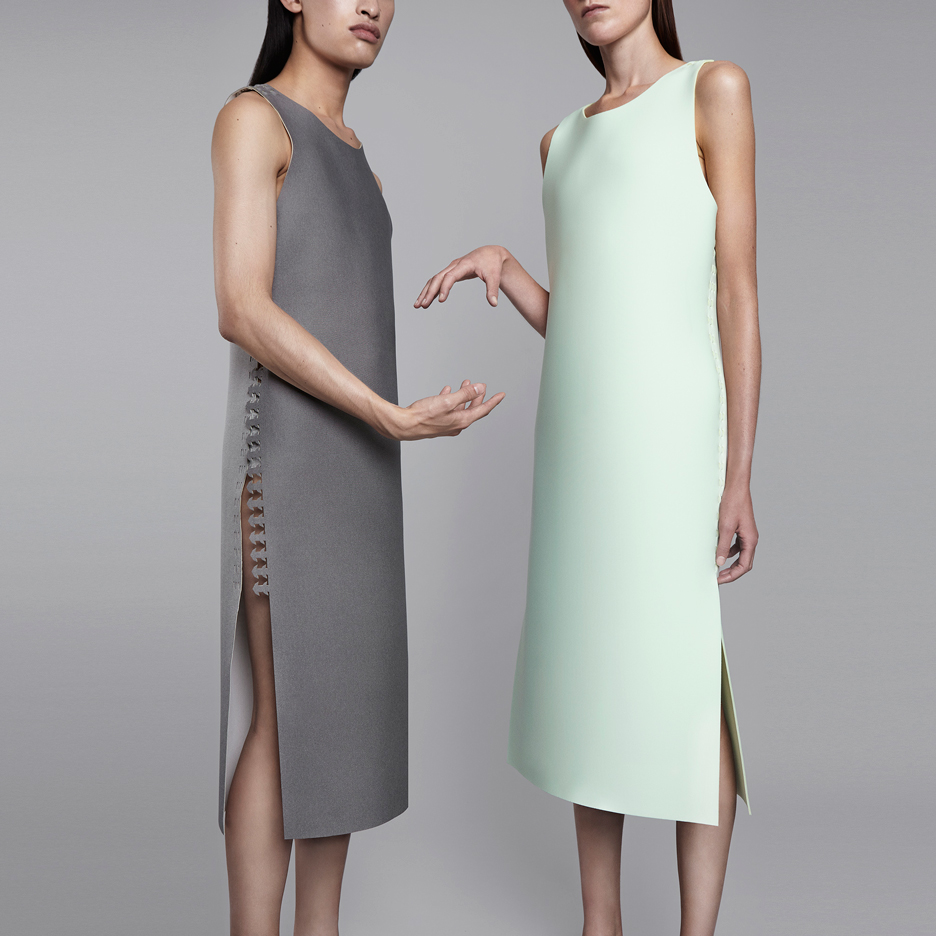 Other outfits use layers of voile or tulle fabric with graphic dots or stripes to create shifting pattern effects, which van de Sande hopes to develop further for use in stage performances.

The designer started work on the collection after completing an internship with textile manufacturer Vlisco, which prompted her to experiment with designing her own more extreme patterned materials.

"I was thinking about making prints even more heavy in expression while wearing," van de Sande told Dezeen. "I researched visual and theatrical effects and came out on optical illusions in prints."

"We all know these effects but I loved to translate them to fabrics," she added. "I searched for materials that made this possible." 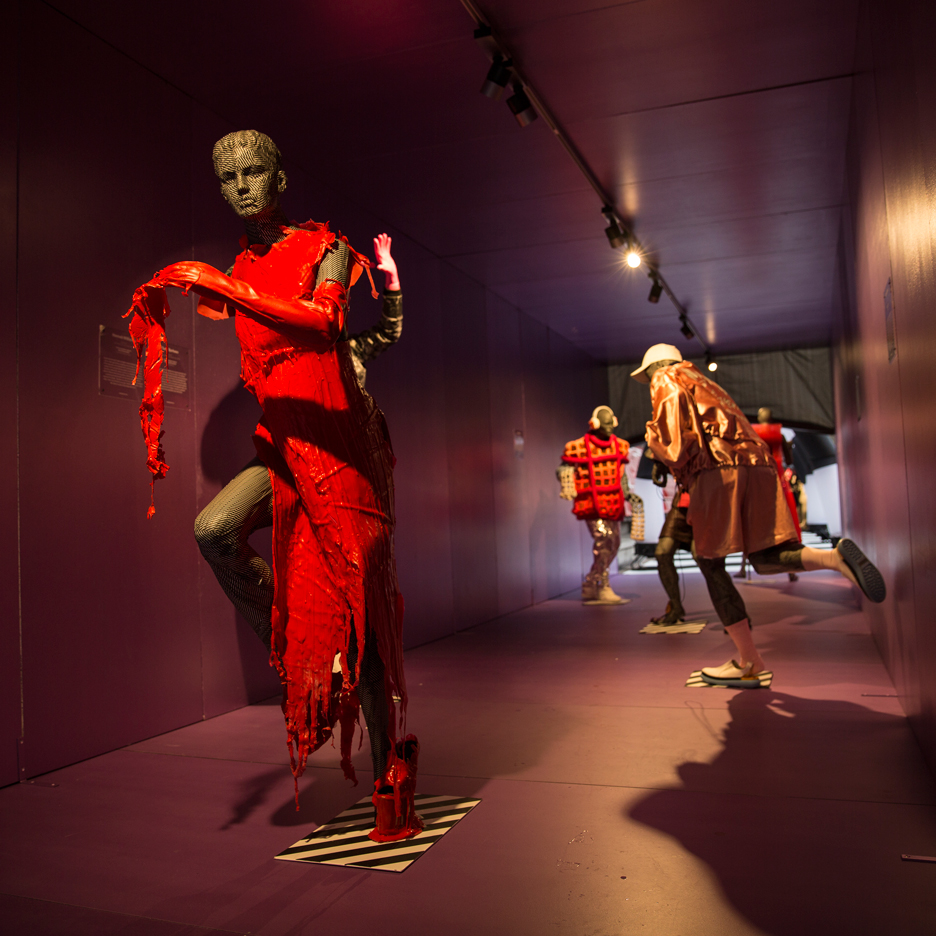 The Print in Motion garments were on display at the Design Academy Eindhoven exhibition as part of Dutch Design Week, which took place from 17 to 25 October 2015.

Catsuits from the range are also featured in the Modebelofte exhibition of sport-related fashion at Eindhoven football stadium.

Other fashion collections shown during Dutch Design Week includes Jessica Smarsch's range of textured garments based on muscle movement, and the launch of Martijn van Strien's Post-Couture Collective – a collection of downloadable, customisable clothes created as an alternative to mass-produced fashion.