Foster + Partners has won a competition to redevelop a 35-hectare neighbourhood by the River Nile in downtown Cairo.

Norman Foster's firm has devised a new masterplan for the dilapidated area known as the Maspero Triangle District.

High-rise blocks along the waterfront will house offices and shops, while smaller scale housing will be set further inland. This will accommodate the "majority" of the 14,000 people who currently live in the area according to the firm.

A new footbridge will connect the district with the affluent Zamalek neighbourhood, which is located at one end of an island in the Nile.

"This is an exciting opportunity to transform the lives of the people that live in this neighbourhood – supporting the vibrant public realm by giving them greener community spaces, and a better place to live and work, while creating new spaces for offices, retail and residences," said Foster + Partners' Grant Brooker.

Previous proposals to develop the site had been met with opposition over worries that low-income families would be evicted from their homes and businesses to free the land for luxury schemes.

Private investment will be used to fund the residential portions of the scheme, which Foster + Partners hopes will set the benchmark for urban regeneration throughout the country.

"Based on estimated land values, the masterplan places commercial and residential spaces along the river edge and main street frontages, while mixed use buildings and open community spaces occupy the more private, central core of the scheme," said the firm.

"This allows the existing population of the district to maintain their overlapping spatial live-work relationships, while new office and retail spaces on the edges of the site create employment opportunities for the entire city of Cairo."

Empty plots will be filled with greenery to create pockets of public space designed to foster a sense of community in the district. Renderings also show roof-terrace cafes, awning-shaded alleyways and street-level shopping included in the proposals. 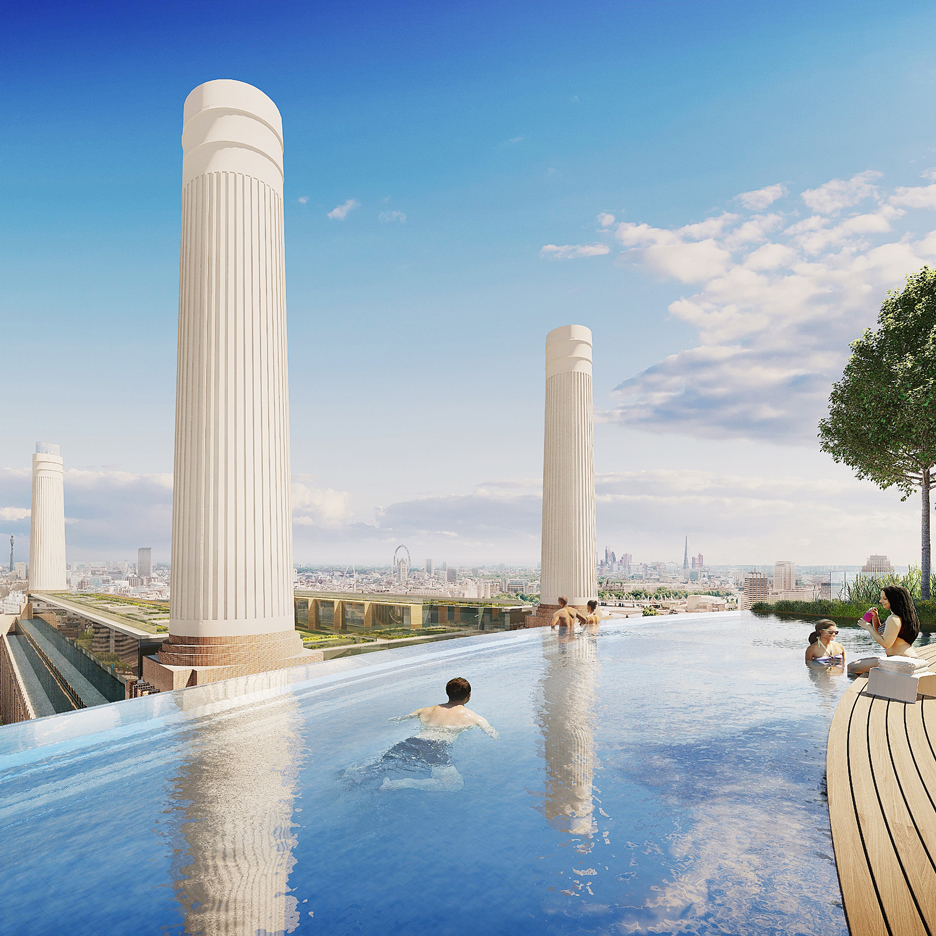 "The design of the public realm is key to the project, and in addition to the green spaces throughout the settlement, a central open space has been created at the heart of the neighbourhood for community events and celebrations," said the firm.

The area will be largely pedestrianised to improve access to river crossings, markets and to a nearby hospital.

Earlier this year, plans to build a pyramid-shaped tower in the centre of Cairo were announced by the Egyptian government. The 200-metre-tall block will be over 50 metres taller than the Great Pyramid of Giza – the oldest and last remaining of the Seven Wonders of the Ancient World.

Foster + Partners is currently working on a super-skinny skyscraper in New York and is putting the finishing touches to a new home for Bloomberg in central London. It is also working on a "zero-carbon, zero-waste" city called Masdar in Abu Dhabi.