The white Oasis structure provided seating and shade during the Amorepacific Museum of Art Project exhibition (APMAP) earlier this year.

"We made this pavilion in order to create a place the audience can escape from the heat of the sun and relax so that they can fully enjoy the rest of exhibition," OBBA founder Sojung Lee told Dezeen. "It's almost like an oasis in the desert."

The annual contemporary art exhibition travels around the workplaces of the cosmetic brand Amorepacific in South Korea, moving each year. The 2015 edition took place at the Alvaro Siza-designed Amorepacific Research and Design Centre in Seoul.

Accompanying 15 other artist's work, the structure also acted as a focal point between artworks exhibited in the large field adjacent to the building. 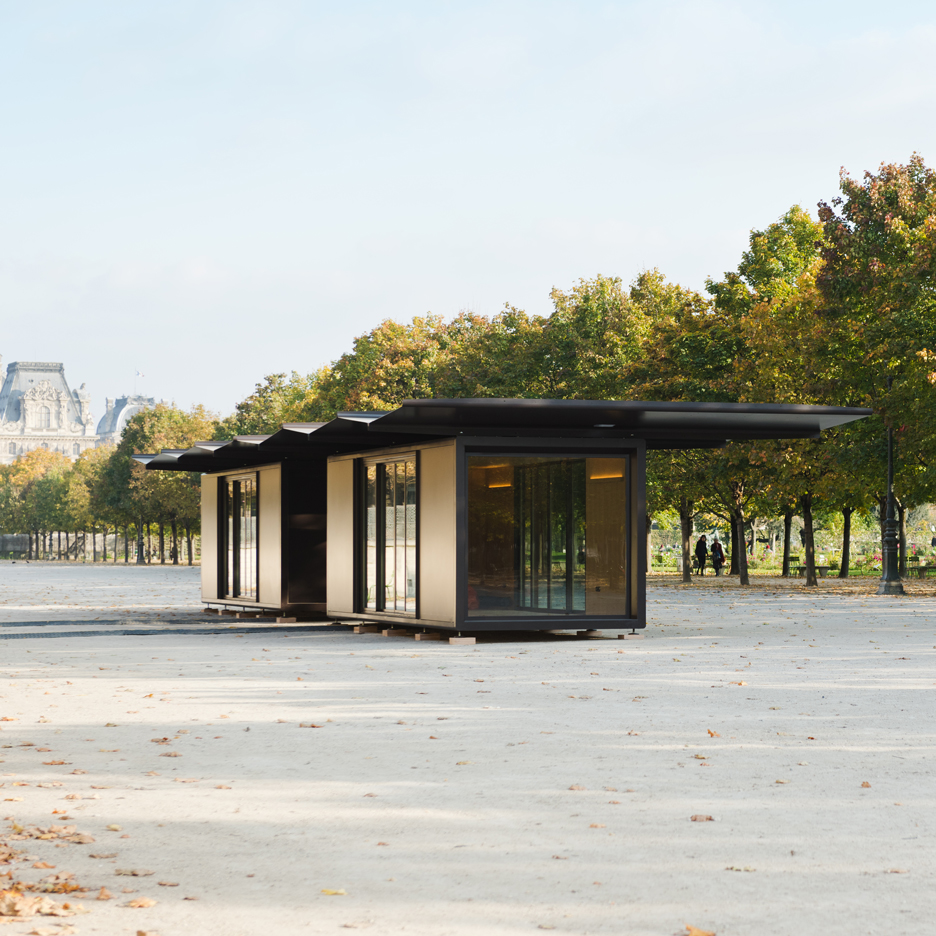 "Located at the midpoint of the exhibition path, Oasis offers a place for rest as well as a view of the works already seen and the rest of the work on the trail," Lee said.

Fourteen columns – each 60 millimetres in diameter – ran along the perimeter of the steel kidney-shaped roof.

Layers of thin polyester threads formed a curtain-like facade that hid the supporting columns from the outside.

"By making the columns as small as we can and camouflaging them with curtains, the pavilion looks almost like it is floating," Lee said.

The curtain attached to the roof along a runner and could be pulled back or removed in case of a typhoon or damage.

"It is very light, silky and soft" said Lee. "It repeatedly creates opening and closing of the space by the winds. The curtain blurs the boundary of pavilion every moment, so it changes its form and gives new experience to audience."

To reduce the mass of the roof, the architects created a large circular opening that exposed part of the interior to the sky.

"By making a large opening to the sky, the pavilion can maintain its overall size with a balance between openness and shade," Lee told Dezeen. "Also, this opening helps the roof weigh less so the number columns can be fewer and the size of columns can be smaller." 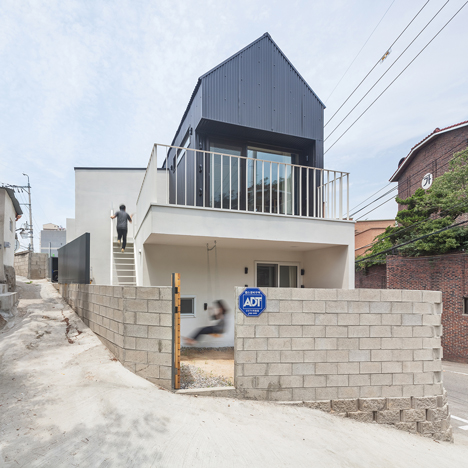 White circular seats were placed on the floor below the oculus, providing places for visitors to rest.

Similarly, circular plates were attached at varying heights to the five columns beneath the shade.

"By placing them at different levels, people can have different and various experience," said Lee. "They can sit on them or use them as a little table to use when standing."

OBBA has also completed an apartment block with semi-outdoor stairwell screened behind a section of open brickwork and a house with a floor that doubles as a bench.

Photography is by Kyung Roh. Video is by Rohspace.