San Francisco start up Minna Life has launched a portable device that men can sit on to exercise their pelvic muscles and "amplify their sexual fitness" (+ slideshow).

Described by the company as "the best way to boost your health below the belt", the KGoal Boost connects to a smartphone app to instantly measure and report on muscle movements created by pelvic floor exercises – known as kegel exercises.

Users sit on the device as if on a bicycle seat. Its soft central air pillow contains a sensor to detect contractions.

"When you contract your pelvic floor muscles they also bulge downwards, like how your biceps bulge as they contract," Minna Life said in a video. "KGoal Boost can detect these small muscle movements as you exercise, even through your clothes."

The smartphone app reports back on the strength of the contractions, and uses visual graphs to guide users through personalised exercises.

It can also keep a record of previous workouts, and more adventurous exercisers can take part in games designed to train muscles further.

In a video on the Kickstarter crowdfunding page for the device assistant clinical professor at the UCSF School of Physical Therapy Liz Miracle described the exercises as "the key to unlocking your potential".

"You may have thought that kegels are just for women but there are huge benefits for men as well," she said. "It turns out that these simple exercises strengthen your pelvic floor muscles and amplify your sexual fitness."

"Studies have found evidence of the benefits of kegel exercise for men in areas including orgasm quality and control, erection performance and sensation," she added.

Minna Life previously launched a similar kegel tracker device for women, which was shaped like a grenade and inserted into the vagina to help women strengthen their pelvic floor muscles. 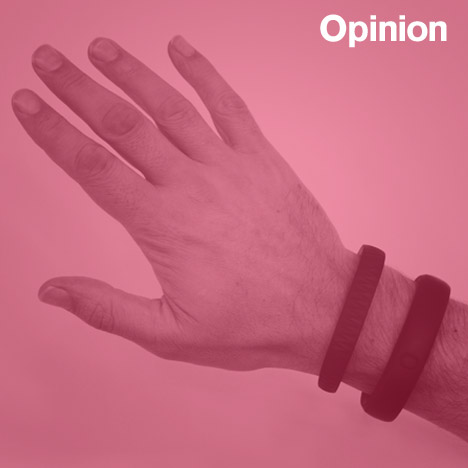 The company launched the trainer for women on Kickstarter in 2014 and received $266,917 in funding from backers.

"We live in a society that has made sexual health a bit of an awkward subject, but we think that's crazy – it's a fundamental part of human happiness and when we ignore it, we're doing a disservice to ourselves, our bodies, our health and our partners," said Minna Life co-founder Jonathan Thomas.