World Architecture Festival 2015: architecture firm Spark has unveiled its concept for "the next generation of retirement housing" – a community of homes and health facilities combined with a vertical urban farm (+ slideshow).

Named Home Farm, the design aims to tackle the main issues affecting cities in Southeast Asia. The first is that the number of people above retirement age is rapidly increasing, and the second is that the majority of food is imported rather than home grown.

Spark believes both of these problems can be solved by transforming retirement communities into self-sufficient farming businesses, producing fruit and vegetables that can be sold to fund healthcare and other amenities for residents.

Residents would be offered part-time employment within the farm, although this wouldn't be a condition of the tenancy. This would allow them to make some income of their own, and also help them to feel part of the community.

"Home Farm brings together the normally siloed activities of commercial farming and aged-care living," explained Spark director Stephen Pimbley, who presented the concept during the World Architecture Festival in Singapore earlier this month. 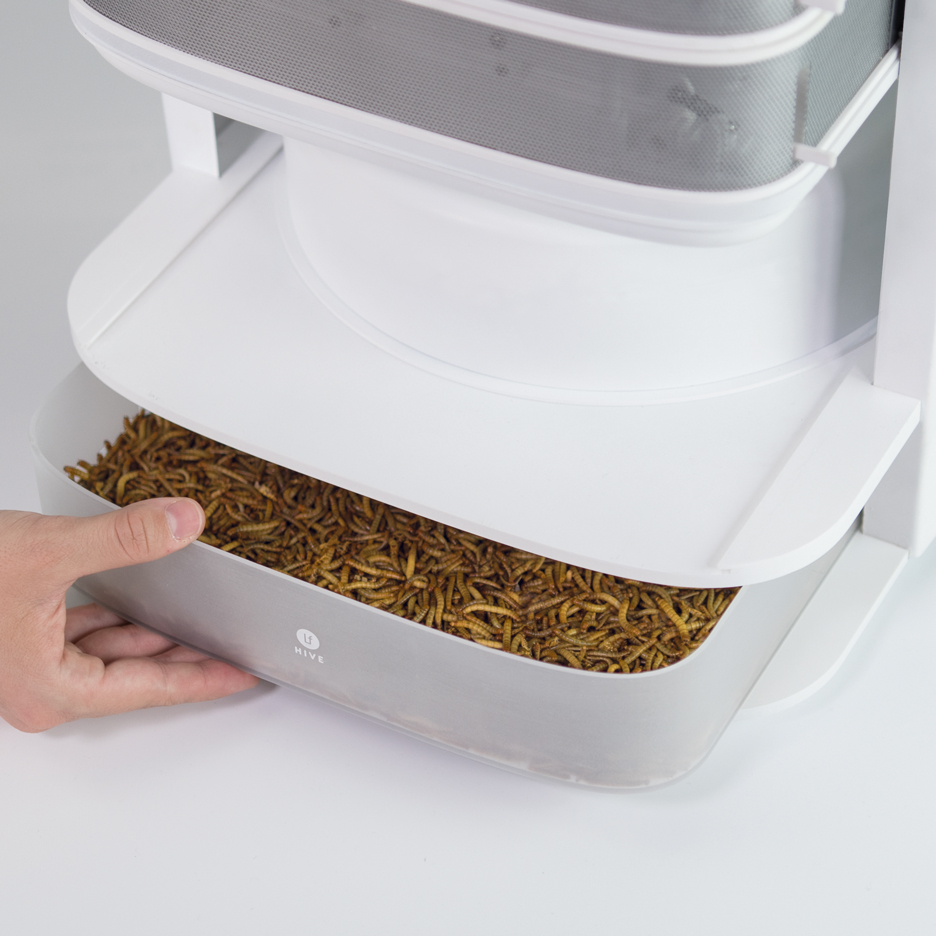 "The commercial farming activity supports its residents in a socially and environmental sustainable environment, helping the older generation retain an active community involvement that mitigates against dementia and promotes self-esteem," he told Dezeen.

"The diaper image stayed with me like an ear worm telling me to do something about it," he said.

He developed the first iteration of Home Farm for Singapore, where 20 per cent of the population is expected to be over 65 by 2030, and where 90 per cent of food is imported.

After doing some research, Pimbley discovered that it remains common for older people to live with their children in Singapore and elsewhere. This prompted a design of a variety of house types, ranging from studio flats to four-bedroom homes.

These homes would be located within staggered curvilinear blocks, arranged around the farming areas to allow residents to observe the ongoing activities.

Those in need of financial income would be able to work on the farm themselves, with jobs including planting, harvesting and packing, and renumeration available as a salary, or as an offset for rent, utility bills or healthcare.

"We have had many discussions regarding the social aspects of Home Farm which are much more complex to resolve than the technical considerations of the building," said Pimbley.

"We have no intention of 'forcing' the residents to work, some naturally will be interested in the gardening activities and some will be disinterested, and this is perfectly normal," he said. "For this reason there will be a professional team employed to run the productive garden as a viable business."

The farm itself would include vertical aquaponic farming and rooftop soil planting, modelled on the existing ComCrop rooftop farming initiative, which operates an aquaponic farm on the roof of an Orchard Road shopping mall.

Spark is now working with a Malaysian developer to construct the first Home Farm in Kuala Lumpur by 2018, with the aim to build more in Singapore and other Asian cities in the future. The project was the award winner in the Future Projects: Experimental category during the World Architecture Festival 2015.

"We designed this concept for Singapore, but there is the potential for it to be applied in any location that would support the growth of leafy green vegetables on building facades and rooftops," added Pimbley.

"The concept is a realisable solution to real and pressing problems faced by many of the world's growing cities."

Spark has offices in Beijing, Shanghai, Singapore and London. Other projects include an angular shopping centre in Fuzhou, China, and a Bangkok youth centre in two converted shophouses.