The collection of chairs features backrests, legs and arms created using sausage-shaped inflated modelling balloons. Stools have seats made from a single balloon coiled around itself, and rest on gently curving legs.

"I tried to turn a simple making process based on my personal childhood memories into an industrial fabrication furniture-making process," Yang told Dezeen. 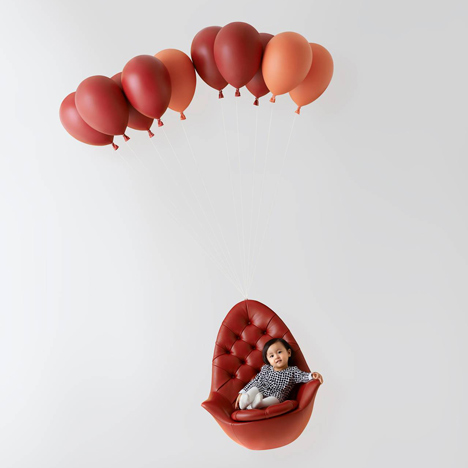 Balloon Chair by h220430 appears to float above the ground

Each piece needs around half a day to be coated in a single resin layer, with successive layers gradually added on top of it. As the resin sets it creates a glossy and solid surface, that's able to support weight. The process takes a week to complete a single stool.

"I was fascinated by a form that is changed into a transparent and clear surface like glass when I set epoxy resin on balloons," said Yang. 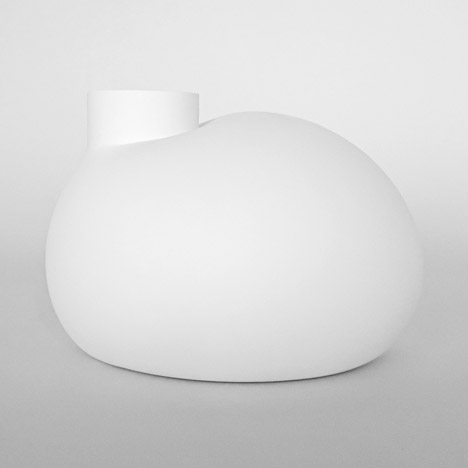 "After a time balloons' surfaces lose gloss and become deflated," he added. "However, when I repeatedly coat epoxy resin thickly, I can make a solid form. It turns into attractive furniture, like glass."

Yang had first attempted to use balloons to make lighting, but after experimenting for a few months decided to pursue furniture instead.

"Comfort is not my prior intention when I create works," he said. "They are not soft or comfortable, but they have stability when people sit on them. It feels like plastic stools."