Grass ramps over the curving form of this house in the French countryside, which was designed by architect Julien De Smedt as a contemporary alternative to the region's "pastiche chalets" (+ slideshow).

Named after the region's rolling Jura mountains, it sits with its back against a forested slope, facing down into a grassy valley.

De Smedt partially embedded the house into the terrain, helping to minimise its visual impact on the natural setting. Its two storeys are both shaped like waves, and slope down to meet the ground.

The whole structure is covered in a blanket of grass – in a similar fashion to a hump-shaped dwelling designed by Patrick Nadeau.

"We wanted this house to embrace its landscape," De Smedt told Dezeen. "We designed a house that unlike its neighbours would engage with the landscape and become landscape."

"Our idea was to extract the qualities of the nature surrounding us rather than planting another chunky volume in the middle of nature," he continued. 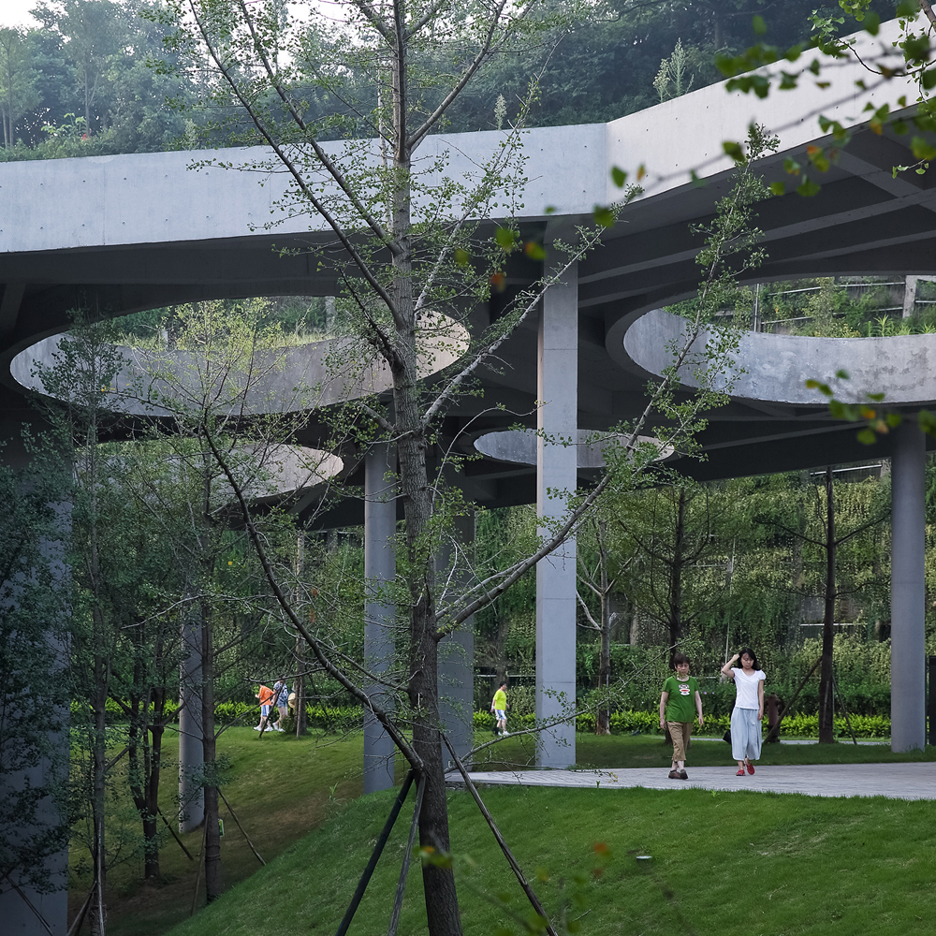 "The project functions as a series of cuts on the prairie, pushing and pulling it in different ways to create a volume that merges with the landscape."

The lower floor is occupied by two bedrooms and a bunk room, while an open-plan living space occupies the upper level and benefits from access to a pair of patios.

Sloping landscaping links the patios to the grass-covered roof terrace, where a suite of outdoor furniture is positioned to take in views of the valley and mountains.

Planning permission was initially rejected for the project due to its walk-on roof, so two and a half years of negotiations and revisions followed.

"Neighbouring houses were granted permits proposing pale copies of mountain chalets, built with fake wood or pastiche materials," said De Smedt. "We were puzzled. The client was getting impatient, though not willing to give up our ambition."

A local paper picked up the studio's planning plight, noting that local Olympic gold medallist Jason Lamy Chappuis had been brought success by the firm's Holmenkollen ski jump in Olso.

They nicknamed the project Jump House and questioned why it had been turned down by the local authority, which De Smedt believes helped to sway the planning committee.

"Two weeks later we were contacted by the municipality, the French law was revised and the permit was subsequently granted," said the architect.

Within the grass-covered structure, rooms are finished with pale timber floorboards, white walls and are neutrally dressed. Accents of colour come in the form of brightly upholstered furnishings and botanical wallpaper.

Furniture is arranged within the 100-square-metre floor plan to look away from the surrounding neighbourhood and into the mountains.