In this competition, five Dezeen readers can win a signed copy of a book featuring major built works by Belgian architect Julien De Smedt, as well as ideas that "fell by the wayside".

This competition is now closed. Congratulations to the winners, who are Chris Zogopoulos from Rotterdam, Netherlands, Anjali Lobo from Mumbai, India, Joerg Knuettel from London, UK, Laura Henderson from Dorset, UK and Luce Julikaj from Marly, France.

The 328-page Built Unbuilt spans 16 years of De Smedt's career, which includes a stint at Rem Koolhaas' firm OMA and running a studio with Danish architect Bjarke Ingels, prior to establishing his practice JDS Architects.

The soft-cover book from Frame Publishers is split into two parts. The first half focuses on the architect's completed projects, like the Gateway office tower Hangzhou, a colourful youth centre in Lille and a housing block covered in cascading cubes in Seoul, with images by Belgian photographer Julien Lanoo.

The second section documents De Smedt's incomplete designs in drawings, with commentary from the architect. Although describing this section as an "architectural cemetery", De Smedt says the conceptual designs are equally important to his career.

"At a time when ideology and idealism is being challenged more than ever the realm of ideas and concepts as a possible path to progress is worthy of exploration, revisiting and even recovering those beams of optimism which, even if they fell by the wayside, lit up the road along the way," said De Smedt in a statement. 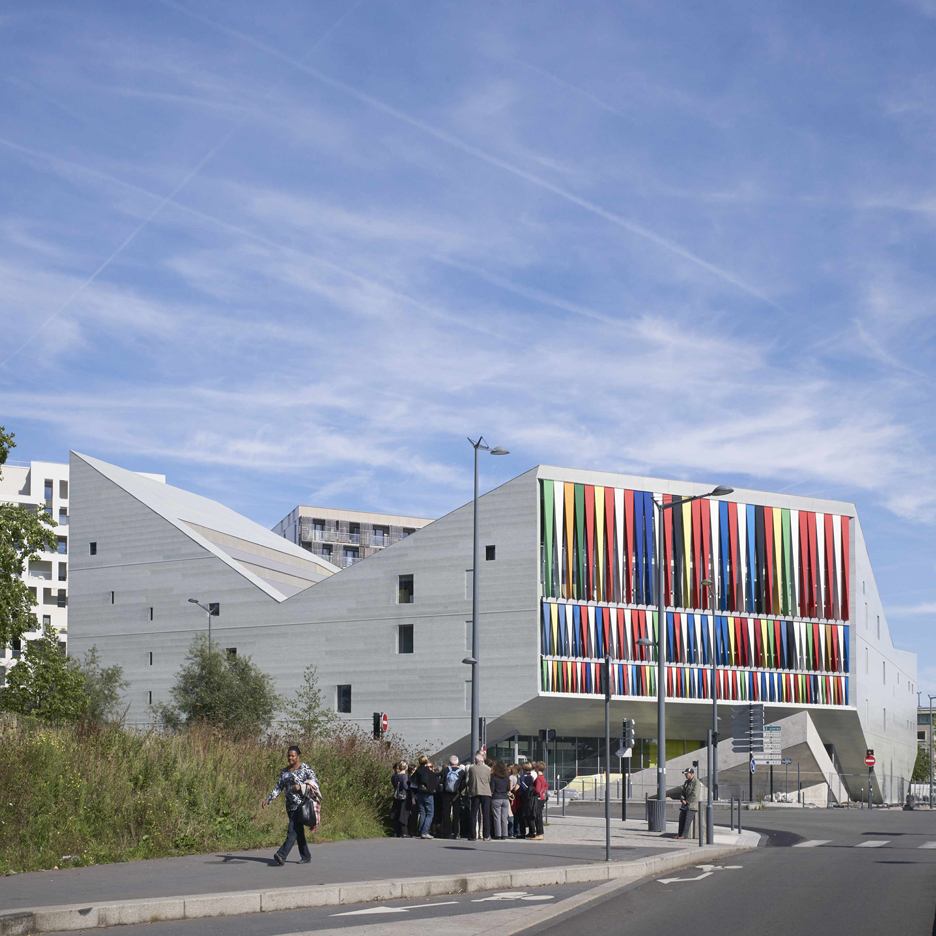 "The Iceberg" housing in Aarhus and the Holmenkollen ski jump are among the other featured projects by the architect, who set up his firm in 2006 and now runs offices in Brussels, Copenhagen and Stockholm.

The book also highlights the playful element of De Smedt's work – an aspect that Karen Wong, the deputy director of New York's New Museum, complements in an accompanying essay.

Examples include a multipurpose pier in Copenhagen, featuring a series of undulating bridges and promenades, and sloped decking that forms slides at Faaborg Harbour Bath.

Five readers will each win one copy of Built Unbuilt signed by Julien De Smedt. The book is also available to purchase from Frame Publishers for €34,00 (£29.96).

Competition closes 1 June 2018. The winners will be selected at random and notified by email, and their names will be published at the top of this page.