The concrete block slopes down to follow the descent of the shoreline, with one end by a group of trees and the other in a rock garden populated with cacti and small pink flowering plants.

"The house in Bahía Azul is a stance towards designing on a slope," said Assadi. "Or rather, it is the synthesis of such a stance, a pavilion that is slanted to take in the slope of the hillside."

"The house has two opposing readings: the interior, where life happens in a more or less conventional space, in which the views are arranged by a series of openings on an external wall to the enclosure of the house."

Window openings run level with the floors rather than following the diagonal course of the facade. They frame views of the South Pacific Ocean from an open-air viewing gallery, designed to offer residents protection from the sea breeze.

"The openings, from afar, acquire a different relevance than they would as mere windows," said Assadi. 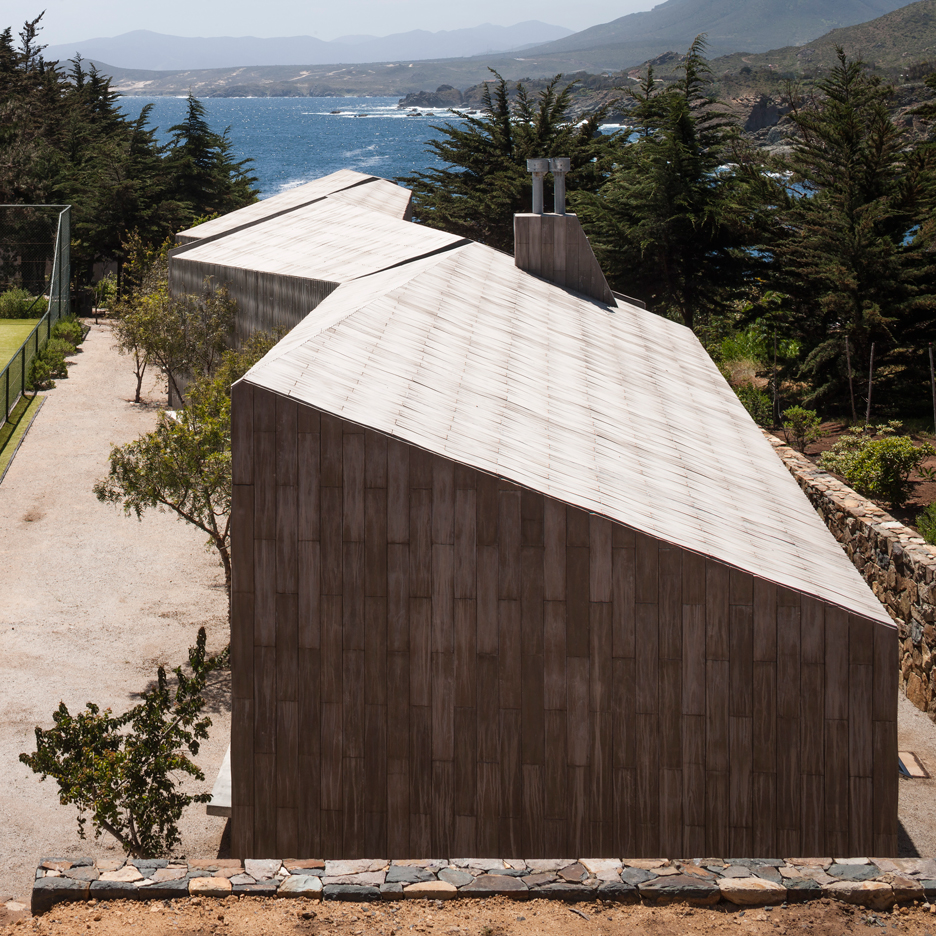 "They deform the object, turning it into a sort of ruin, without detail, accessories or further developments after the initial synthesis."

The split-level living space to the rear is encased in glass and is dressed with Modernist furniture including an Eames Lounge Chair.

Lightwells, like those found in the owner's subterranean art studio, are planted with tall grasses.

Felipe Assadi also worked with on Pulido and Araya on a zigzagging tennis court building for the site, while further south in the country's rugged Patagonia region the architect designed a group of timber lodges for nature lovers.

Photography is by Fernando Alda. More images of this project can be found on Alda's website.