One end of this concrete funeral building in Spain by Salas Architecture + Design angles up towards the sky, funnelling light into a waiting room for mourners (+ movie).

The Tanatorio Municipal stands on the edge of a pine wood in El Burgo de Ebro, a small town in the Zaragoza region of north-east Spain.

A large skylight on top of the angular outcrop in the roof brings light down into the waiting room, while other areas of the building are largely windowless.

The structure has pale concrete walls that reveal the texture of their formwork, while the few sections of glazing are screened by pre-rusted Corten steel louvres.

"The tanatorium frames very important feelings of its users through the evocation of God and the cavern," said the architect. 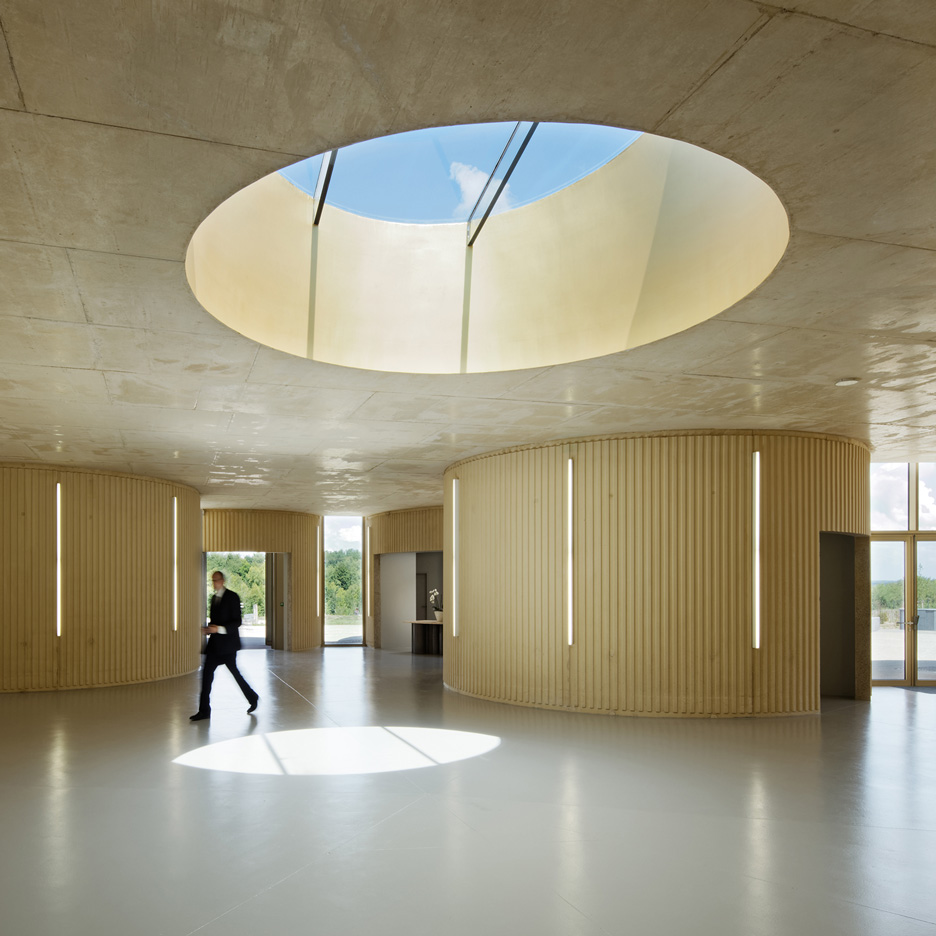 "A stereotomic architecture formed by a perforated enveloping is born from earth to protect humans when they say goodbye to their deceased people."

"Though a formal gesture, this concrete cavern opens in diagonal direction to the sun, worshipping this primitive god," he added.

Corten louvres run across the skylight, casting linear shadows across the waiting room. The shadows drift across the floor as the day progresses, intended to create the "feeling of time passing by".

"The louvre pattern has been designed to create shadows in summer and allows the sunlight to come in winter," explained the architect.

Further Corten fins run along a translucent glass wall at one side of the building, while a wide gate also made from pre-rusted steel can slide across the glazed entrance.

Doors off the foyer lead to funeral parlours, toilets and to an outside patio hidden behind a concrete wall.

Video is by Alejandro Ramirez, with aerial shots by Aragodron.

More architecture and design for death