A crucifix and bell are set into two hollows in the swollen brick facade of this chapel, which was designed by Wandel Lorch Architekten for a site in Hamburg's docklands (+ slideshow).

The Ecumenical Forum is the first chapel in the city's HafenCity quarter, a former industrial area along the Elbe river that is currently undergoing major regeneration.

To help the building blend with the surrounding architecture, the German firm covered the facade in red clinker bricks – a type of high-density brick that earns its name from the sound made when banged together.

The brick skin follows the lines of the facade's concrete form, creating dips and budges. A dark brick cross spreads out across one hollow by the entrance to the chapel, while another near the roofline is occupied by a bell.

"The Forum combines two different building typologies: the town house with its perimeter block development incorporated in the urban context and the sacred building with sculptural embossment setting urban accents," said the architects, who have also designed a Jewish Museum in Munich. 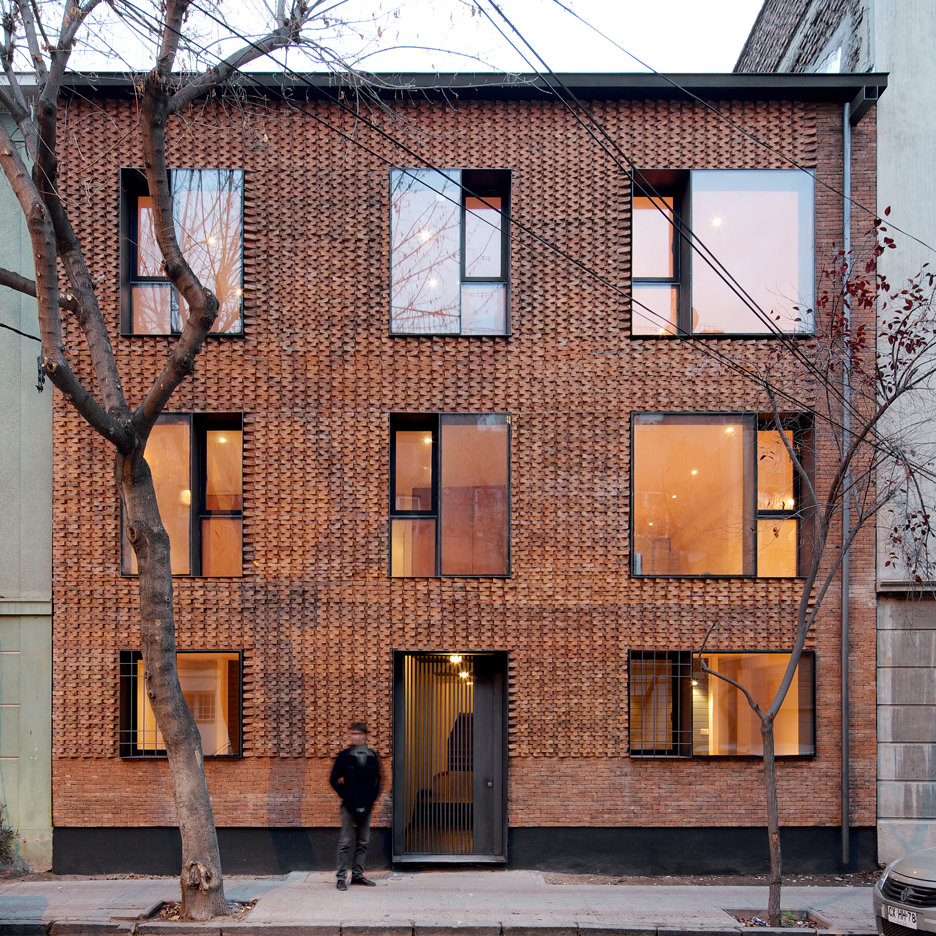 "The building's three sculptural embossments highlight the religious key aspects of chapel and City convent displayed in the facade as concave shapes with the typical attributes of Christian churches: cross and bell."

The area is primarily being rebuilt in red brick, following the style of district's former warehouses.

Other new structures in the area include Herzog & de Meuron’s Elbphilharmonie concert hall and a mixed-use block by Erick van Egeraat which has a facade that resemble parting curtains.

"In the tradition of Hamburg architects, a contemporary expressive large-scale shape has been achieved with the offset of red clinker bricks according to the concept of a 'red' Hamburg," explained the architects.

The building's regularly placed windows and doorways are intended to echo the appearance of a neighbouring building.

The chapel sits alongside a cafe, information centre and function room at ground level, while offices – including one for the bishop – and apartments are set on the six floors above.

The building's uppermost floors are occupied by a monastery, convent and roof terrace, while two parking levels are set below ground.

The chapel is partitioned from its foyer by sets of shutter-style doors. It faces into a red brick screen that follows a bulge in the facade towards a courtyard at the back of the site.

Photography is by Norbert Miguletz.