Microsoft employees have moved into a new metal-clad headquarters in Denmark, designed by Henning Larsen Architects but based on a paper written by the tech company's founder Bill Gates (+ slideshow).

The 18,000-square-metre facility called Microsoft Domicile is located in the city of Lyngby and was designed by the Copenhagen firm to house two previously separate units of the organisation under the same roof.

The building comprises two conjoined blocks intended as a reference to this unity and clad in angular metal profiles. The two blocks, six and seven storeys respectively, are united by a large atrium that hosts meeting spaces and a lobby – part of Microsoft's vision of an "open and inviting environment" for its employees.

"The planning of the building stems from Microsoft's work methodology, based cooperative processes as described in a 2005 white paper by Bill Gates entitled The New World of Work," said the firm, which also designed the grass-covered Moesgaard Museum near Aarhus. 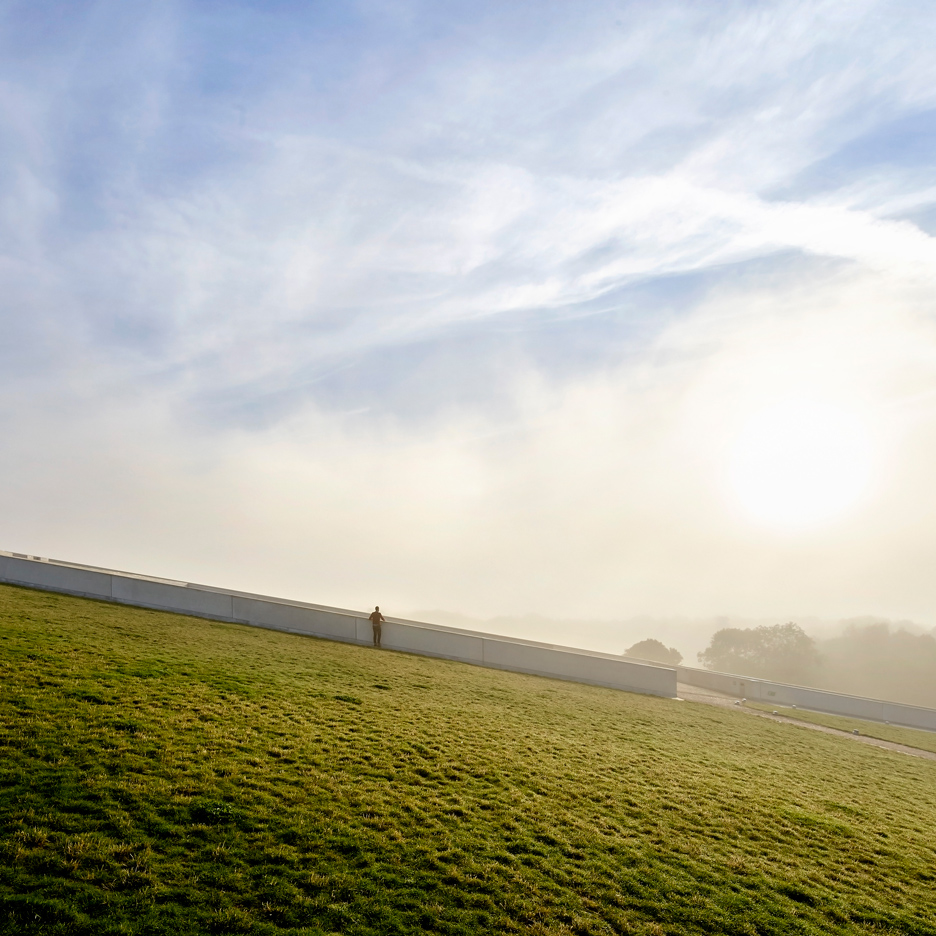 "The collocation of the organisations is clearly visible in the architectural design," it added. "The design of the building originates in Microsoft's approach to work, where cooperation and knowledge sharing are key."

Rows of white balconies surround the wood-lined atrium, which is topped by a large gridded skylight. White boxes with glazed faces project over the atrium to house boardrooms, while smaller impromptu meeting areas are spaced around the balconies.

The layout is intended to generate collaboration and transparency between workers and clients. Glass walls and large windows between offices and the street further add to this theme.

"This is also translated in the layout of the landscape, and the almost invisible transition between in- and outdoors," said the team.

The new Microsoft headquarters sits at the heart of a larger development in the city of Lyngby and will be joined by new houses, shops, cafes and other businesses over time.

The lower floors of the building hosts public areas including a cafe, auditorium and a series of pop-up study places for students at the Technical University of Denmark.

Microsoft's Viennese headquarters features themed meeting rooms including a hunting lodge and ocean, while the company's pavilion at the 2014 Winters Olympics in Russia drew on the blocks of colour that make up its logo.