New Zealand has selected a winner in a contest to find a new national flag, which will go up against its existing design in a public vote.

Melbourne-based architect Kyle Lockwood's Silver Fern design – featuring a leafy frond on a split background of blue and black – was the winner in a referendum to decide on a possible new emblem for the country.

Approximately 1.5 million votes were cast in a turnout of approximately 49 per cent, with Lockwood's black-and-silver fern design winning with a 1.16 per cent margin. It came out ahead of another fern design by the architect, who is originally from New Zealand.

In March, the country will hold a second public vote to determine whether to retain their current national flag or adopt the Silver Fern. 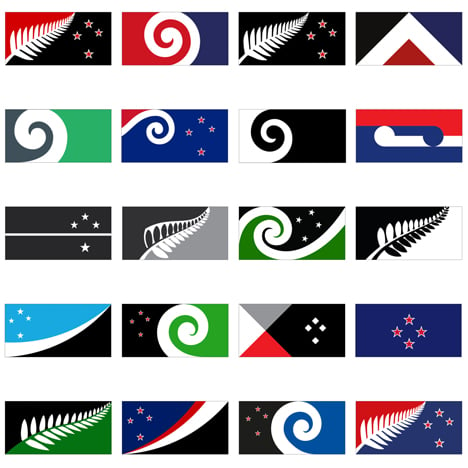 "Each star is representative of the North Island, South Island, Stewart Island and Chatham Island group," he added. "New Zealand is surrounded by water and the colour blue to many represents the ocean that surrounds our islands. To others it can represent the clear blue skies."

It was one of four shortlisted designs unveiled earlier this year.

Another flag named Red Peak, designed by Aaron Dustin, was later added to the shortlist following a petition.

The campaign to find a replacement national flag was led by New Zealand prime minister John Key and launched in August 2015. Flown since 1902, the current design has a blue background, with the UK's Union Jack in one quadrant and a quartet of stars.

Key wants to replace the country's current flag because it "symbolises a colonial and post-colonial era whose time has passed".

The other shortlisted designs, whittled down by a public vote, revealed in September in included other fern-based motifs and a traditional Maori koru symbol.