Design education in England should learn from the American model and seek greater private funding, according to graphic designer and Royal College of Art professor Neville Brody.

Brody, dean of the Royal College of Art's School of Communications, told Dezeen that the design industry should step in to plug the funding gap caused by government cuts.

"It's going to take a little while for industry to adjust to the fact that government is no longer or less present in supporting education, and industry is going to have to step in and start to share some of that responsibility," Brody said.

"The American model where there's more experience of putting bursaries in place, obviously is a bit healthier," he added.

Arts degrees in England were free before 1998 but since then government funding has been repeatedly cut. Universities can now charge undergraduates up to £9,000 per year for their courses.

In the USA, by contrast, many universities have long relied on private funding and endowments to help provide bursaries, grants and scholarships for students who can't afford their fees.

"I feel really sorry for students these days," said Brody, who studied graphic design at the London College of Printing in the 1970s. "I'm not sure how I could have coped with the financial pressures that students are expected to carry."

He called for businesses and individuals in the design sector to provide greater financial support for students. "At the end of the day a good graduate is good for industry," he said.

London-based Brody, 58, was appointed head of the RCA's department of communication art and design in 2010. The department has since been rebranded as the School of Communication and is this week relaunching with a new structure and approach.

"The programme's not really changed much in 20 years," Brody said, explaining that he was introducing a series of new specialist "pathways" that will include sound design, documentary animation and experimental design.

"Now we have the opportunity to really explore new ideas, take advantage of new technologies and take real advantage of our very mixed environment," he said. 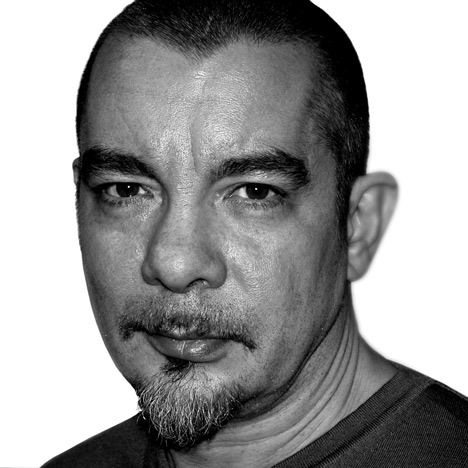 Removal of design from school curriculum is "insanity" - Neville Brody

He added: "It's the way it used to be. Historically, a creative person would be working in all of those different mediums. Only in the 1950s in American advertising did it really become specialised. So it's reclaiming the true discipline again, which is a cross-discipline."

From September 2016, students at the relaunched school will share multidisciplinary studios, and will also have access to new "labs", subject-specific workshops that will be created in the spaces vacated by other RCA departments moving to the college's new campus in Battersea.

"A lot of the logic is around the need for art and design education to be more relevant to what's going on in the real world, to be more agile," Brody said. "Because industry and society are changing faster than ever, but educational models don't really have the mechanisms for dealing with that."

"It allows us to bring more people in who are at the cutting edge of what's happening in the art and culture industry," he added.

The school will also launch a Masters of Research in Communication Design. This is part of the RCA's response to a change in funding allocations from the UK government, which favours universities that rank highly on research.

RCA in "state of jeopardy" after Design Interactions staff departures

However Brody denied that the RCA, which saw a number of senior staff step down and the suspension of one of its key courses in 2015, was becoming more commercial in response to cuts in funding.

"That's absolutely not true," said Brody. "The college is actually using the opportunity to bring in more exploratory thinking."

Brody, who rose to prominence as art director of influential magazine The Face in the 80s and 90s, also relaunched his own design studio this year. In a conversation featured in Dezeen's Book of Interviews, he explained how London's punk movement had a huge impact on his career.

Among his recent projects are the new visual identity for UK broadcaster Channel 4 and the typeface for England 2014 football kit. He also reworked the Royal College of Art's house font by Margaret Calvert as part of the London institution's rebrand in 2012.