Dutch shoe designer Marloes ten Bhömer has created a conceptual shoe that replaces the traditional high heel with a slanted panel of stainless steel on the side.

The Bluepanelshoe is made from a moulded piece of leather that holds the wearer's foot, and is designed to fit its contours more closely than the usual flat sole.

This is attached to a steel panel on the outer edge by a leather-covered steel loop that also supports the foot. The panel slants underneath the sole to create an unconventional heel.

The shoe was developed after research carried out by Ten Bhömer during a fellowship at the Stanley Picker Gallery at Kingston University, in London.

The designer explored the cultural connotations of women's footwear, as well as the way high heels are constructed. 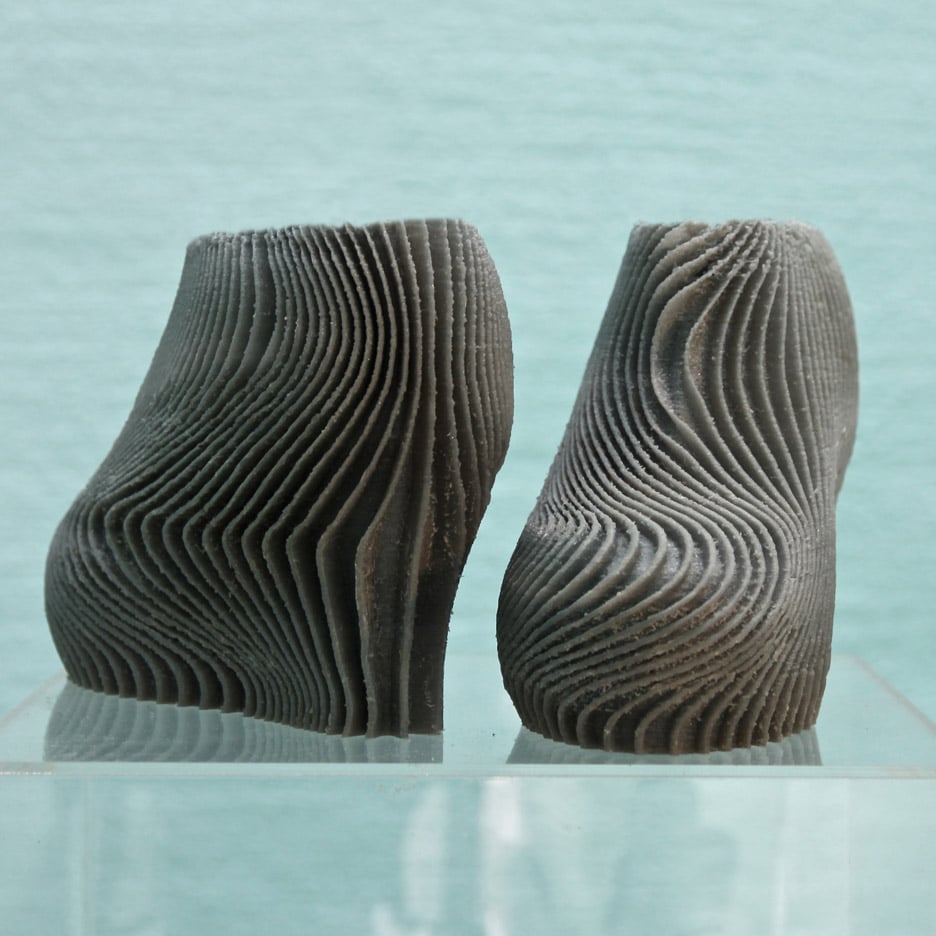 After carrying out anatomic and movement studies, Ten Bhömer designed a series of 17 hypothetical high heels, each one created as a representation of foot-to-ground contact points, or "constellations" as she calls them.

The Bluepanelshoe is based on this movement data, and takes into account the way high heels strike the lateral side of the foot to propel the wearer forward.

"The resulting heel design derived from these parameters would make the foot prone to eversion and inversion," said the designer, who previously created a pair of shoes pressed from just three pieces of leather.

"In order to negate this motion a ring-shaped constellation of contact is placed around the foot," she added. "This new set of parameters, which shirk fashion trends, allows for new shoe typologies which defy cultural stigmas that too often lead to the stereotyping of women." 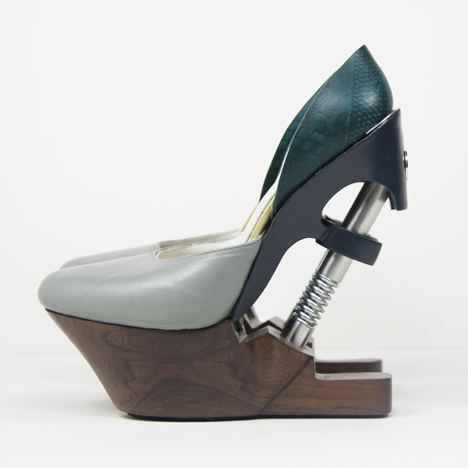 The piece was originally designed for the London Design Museum's Life On Foot exhibition, and will also be shown in touring exhibition Coded_Couture at the Pratt Manhattan gallery in New York. The show will open on 12 February 2016 and continue until 30 April.

"I hope to expand footwear's spectrum," said Ten Bhömer. "In turn I aim to design shoes which do not conform women to clichéd roles, while also exposing and questioning the role high heels play in the cultural construction of female identity."