Curators Edouard Cabay and Margherita Del Grosso led a workshop during the New Generations architecture festival in Genoa to produce this wooden installation resembling the shapes of ship sails (+ slideshow).

The sculpture was intended to reference the naval history of the city, which hosted a four-day workshop and experimental architectural "shipyard" as part of the festival.

Thin strips of wood were bent into curved shapes, evoking the forms of wind-filled sails, and housed in rectangular wooden frames.

"By bending the wood into an (in)habitable structure reminiscent of naval craft, a dialogue was created between the medieval urban fabric of Genoa and its tradition as a maritime city," said the curators.

"Although it's still at the heart of the city's economy, the industry has been relegated to the margins of Genoa, generating conflict and ambiguity between the shore and the urban fabric," they added. 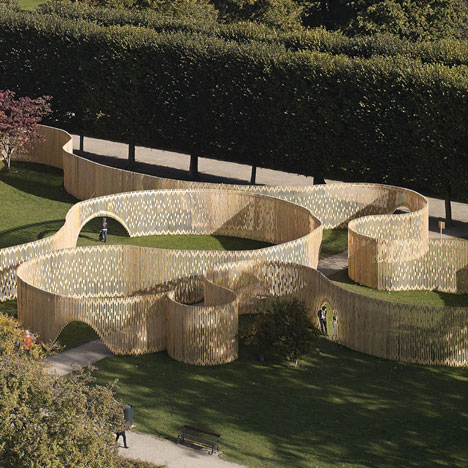 Trylletromler wooden installation that looks like a maze by FABRIC

Participants in the workshop collaborated to build the structure, using materials and techniques that would usually be employed in shipbuilding.

The individually bent strips of wood are attached at the top and bottom of the timber framework, and were designed to remind viewers of the shells of vessels and "the boundary between air and water".

The framework also allowed space for passersby to stand inside the structure and peer through the wooden panels. The sculpture was installed in front of the city's Saint Agostino Church, in Piazza Negri, to "alter the daily path of people crossing the square in order to increase awareness of the changes of the city morphology".

"The workshop provided an occasion to mend this detachment through an architectural installation that, rather than bringing the city towards the sea, brings the marine element back into the urban fabric," said the curators. 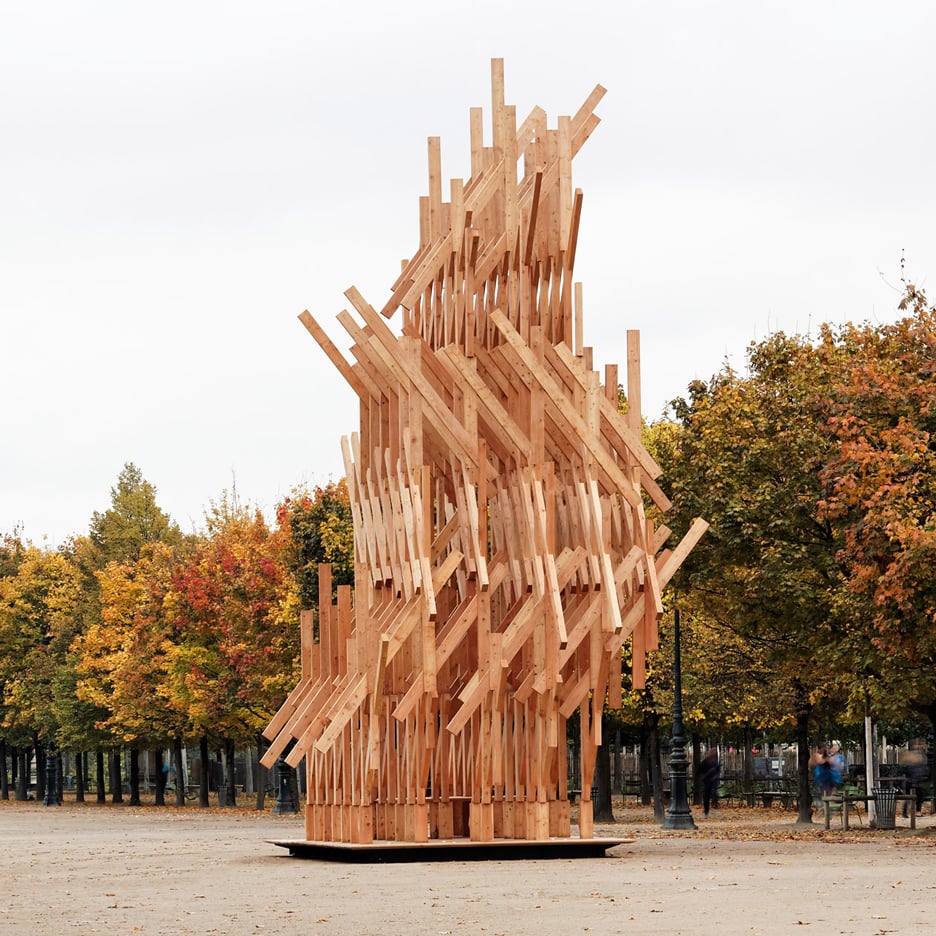 The sculpture was shown as part of the New Generations architecture festival, which took place in Genoa between 25 and 29 November 2015.

Other recent timber installations include NAS Architecture's wooden "vortex" that arched over the fortifications of an historic commune in France, and Dutch studio FABRIC's slatted wooden maze, which was installed in the grounds of Copenhagen's Rosenborg Castle.

Photography is by Anna Positano.