CES 2016: new electric car company Faraday Future has entered the automotive industry with a high-tech supercar, which runs on a modular battery that can be easily resized for its upcoming vehicle designs (+ movie).

Faraday Future, which was set up eight months ago, revealed a prototype of the battery-powered FFZero1 at the CES technology show in Las Vegas this week.

The company said its debut model incorporates enough technology for the vehicle to develop a "sixth sense for its driver's intentions and needs".

The FFZero1 concept features a new kind of battery structure, comprising cells that are arranged into what the company calls "strings". Adding or removing these strings changes battery capacity and creates new wheelbases – the distance between the front and rear axles of a vehicle.

This modular system allows the car maker to use the same structure for all its vehicles, altering it depending on the size and power specifications of any given design quickly and cheaply.

"With Variable Platform Architecture we can add or subtract strings of batteries," said research chief Nick Sampson – a former engineer at Elon Musk's electric car company Tesla. "Based on those power cells we can create different models and have a different desired range without having to redesign the entire structure."

"This is really important in terms of time, cost and efficiency," he added.

The vehicle's streamlined carbon-fibre exterior is shaped to optimise the way it moves through the air, improving both driving performance and energy efficiency.

A transparent tail fin slotted behind the domed cockpit stretches to the vehicle's rear. This feature further improves stability when changing direction as well as acting as a digital canvas displaying information such as the battery-charge level, driver name, and track position.

Air flows through the vehicle's structure thanks to an aerodynamic tunnel, which cools the battery and motor surfaces. Air flowing through the tunnel also reduces air resistance – known as drag – and therefore improves the vehicle's top speed, which is claimed to be in excess of 200 miles per hour (321.87 kilometres per hour).

Inside, the racing car-like cockpit design puts the driver at the centre of the vehicle, seated in what is described as a Zero Gravity Driving Station.

Inspired by the research of space agency NASA, the driver's seat is shaped to offer users support against high g-forces. This acts to generate a sense of weightlessness while reducing driver fatigue.

A smartphone connected via a dock in the steering wheel could allow for personalised settings to be uploaded automatically, while real-time information is collected and then projected over the driver's view of the road.

"We're taking the innovative, intuitive movements of digital devices and applying them to the interior of the vehicle incorporating swipes, pinches and touches," said lead designer Richard Kim at the launch event. "Augmented reality becomes your digital co-pilot."

The FFZero1 marks Faraday Future's attempt to muscle in on a growing market for all-electric vehicles, currently dominated by Tesla and German manufacturer Audi. 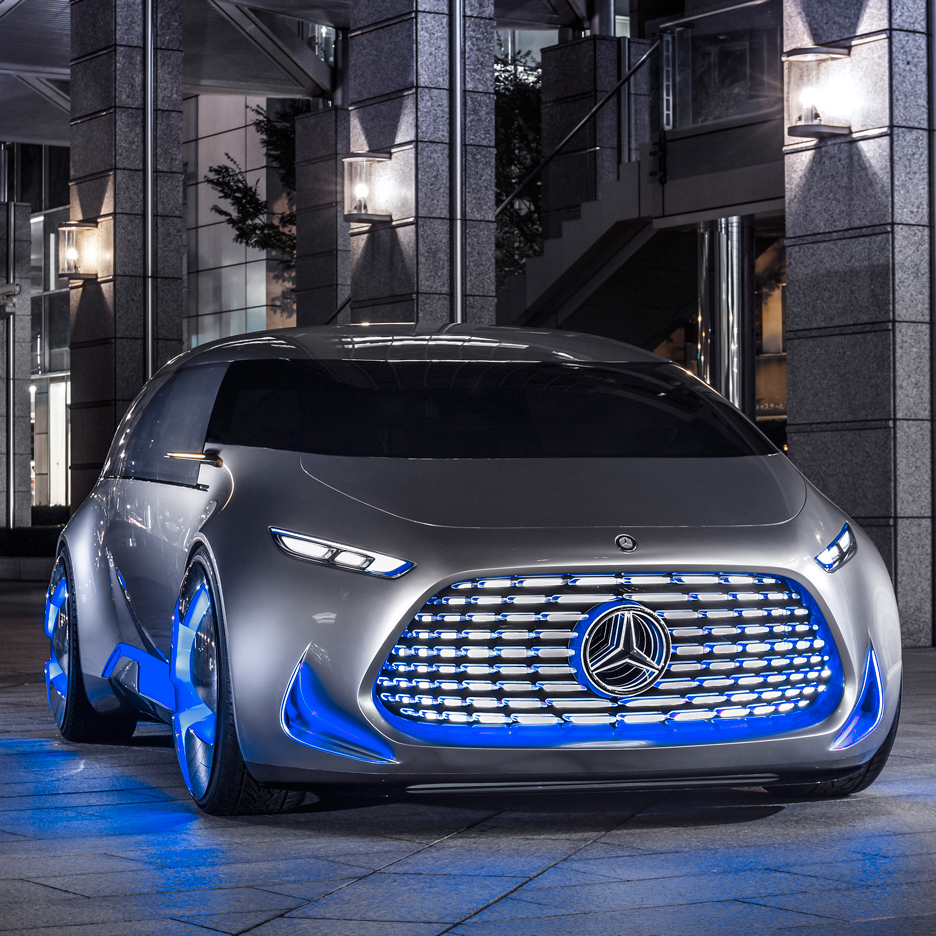 The California-based startup, which is backed financially by Chinese internet and smart TV provider LeTV, is hoping to position itself at the centre of a driverless-vehicle revolution, where users will have more time to look at screens and use connected services.

"The world is ready for a new way of looking at mobility," Sampson continued. "We don't need a 100-year legacy in the automotive industry to define what the next generation of transportation needs to look and feel like."

"Apple didn't just redefine the phone, it transformed the way we communicate, organise and enjoy our lives. That is what we are looking to do."

The automotive industry is undergoing radical changes as manufacturers explore the possibilities of all-electric and driverless technologies.

Porsche claimed its recently unveiled Mission E concept could be fully charged in 15 minutes with a potential driving range of 310 miles (500 kilometres).

Mercedes-Benz also showcased its vision of a high-tech future, combining driverless technology with connected entertainment systems and a lounge-like environment.

Tech companies are also getting in on the action. Google is currently testing its all-electric driverless car, while Apple is rumoured to be launching its own vehicle in 2019.