Dutch designer Merel Bekking is working on a design object based on the subconscious preferences of Dezeen founder and editor-in-chief Marcus Fairs, whose brain she scanned last year (+ movie).

Bekking is using data gathered from the hour-long session to create a "personalised perfect everyday object" based on the images his brain responded most favourably to.

Fairs was scanned at a university in Amsterdam in October last year, becoming "the first person ever to be scanned with a MRI scanner to create a hyper-individual design object based on his brain activity," according to Bekking.

The designer used a magnetic resonance imaging (MRI) scan to measure Fairs' brain activity in response to pictures of shapes, colours and materials.

Bekking said the process was designed to identify a person's real design preferences, rather than the ones they have been conditioned or socially pressured to state.

"The MRI scanner will be used as a design tool to determine what Marcus Fairs likes, despite what he says he likes, by directly measuring his brain activity," said Bekking. "With this method Fairs cannot lie or give socially desirable answers." 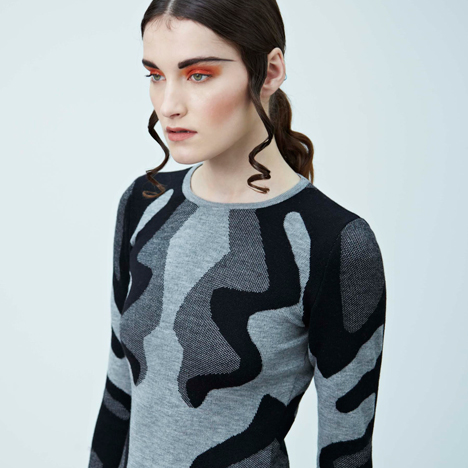 In the second part of the project, the object will be placed in Fairs' home and his reactions to it will be monitored for six months.

Bekking's aim is to find out if he will like it immediately or it grows on him over time.

"The combination of state-of-the-art research methods and design anthropology will allow new insights on design and preference," said Bekking.

The experiment is part of her ongoing research project called Brain_manufacturing. In 2014, Bekking scanned the brains of 20 people and combined the results to create a series of red, plastic, organically shaped objects that she claimed reflected their preferences.

The objects contradicted the answers the subjects gave Bekking when she surveyed them: on average they said they liked objects that were blue, wooden and rounded.

"The results clearly show that what individuals think they prefer doesn't match the real preferences of their brain," Bekking said.

The research with Fairs is the first time Bekking has worked with one subject. Fairs described the scanning process as "exhausting".

"I had to look a series of images that were projected on a mirror above my head inside the scanner," he said. "Some of them were images of my favourite objects that I'd given Merel in advance, but these were mixed up with other objects and random shapes and colours."

Fairs said he was sure his personal taste was to a large extent based on external factors such as his upbringing, education and profession but was less sure whether Bekking's object would reflect his real preferences. "I'm expecting to hate it," he said.

Brain_manufacturing is a collaboration with the Spinoza Centre for NeuroImaging and neuroscientist Steven Scholte, a partner at Amsterdam neuromarketing research and consulting firm, Neurensics.