The stainless steel faucets come in a range of configurations, including wall-mounted versions and horizontally placed handles that can be used as drinking fountains.

The taps' stem-shaped handles taper smoothly out of a circular base, creating a flowing shape that is repeated in the collection's set of accessories. These include towel rails, hooks and soap dishes. The range includes designs for both the bathroom and kitchen, including faucets with double or single tap options.

The company used its own bespoke equipment to achieve the faucets' mirrored finish. According to Jougor the material is lead-free, anti-bacterial and oxidation-proof – allowing it to retain its gloss over long period of time.

"The uniqueness of Michael's work lies in the constant questioning of typologies combined with the pioneering passion for technology," said the company.

"It is with his mind we set about creating a new range of faucets to revolutionise the way we think about them," it added.

"It is design as industrial art that interests me, not just as a limited edition, but on a scale of mass production," added Young, who recently collaborated with Italian electronics company Brionvega to launch speakers that pack into a miniature satchel. 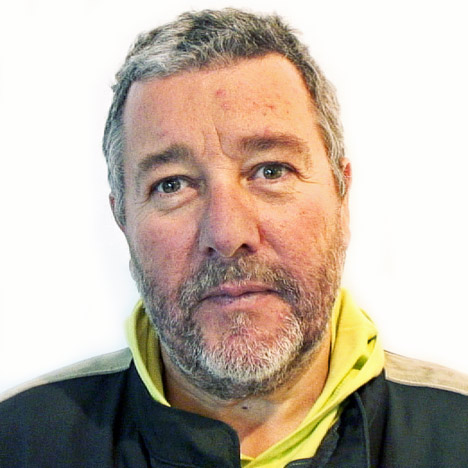 "We have created a new type of water" - Philippe Starck

The British designer's work with another metal, aluminium, will be the focus of a show at Belgium's Grand-Hornu later this month. It is one of Dezeen's 10 best upcoming architecture and design exhibitions for 2016.

French designer Philippe Starck is another to have turned his hand to faucet design, working with bathroom brand Axor to create a tap that reduced water consumption by combining it with air.

Other designer taps include Alice Spieser's 3D-printed faucet, which aims to make drinking from the tap more dignified, and Dyson's combined faucet and hand dryer that lets users wash and dry their hands without leaving the sink.