This dining table by British design brand Duffy London uses layers of wood and glass to create the appearance of a watery abyss (+ slideshow).

The design is the latest in the studio's Abyss series of tables, which all feature similar deep blue glass but with different topographies made from the timber sheets.

This piece was developed by the company across the course of a year, and is designed to be "a geological cross section as mesmerising as the sea". 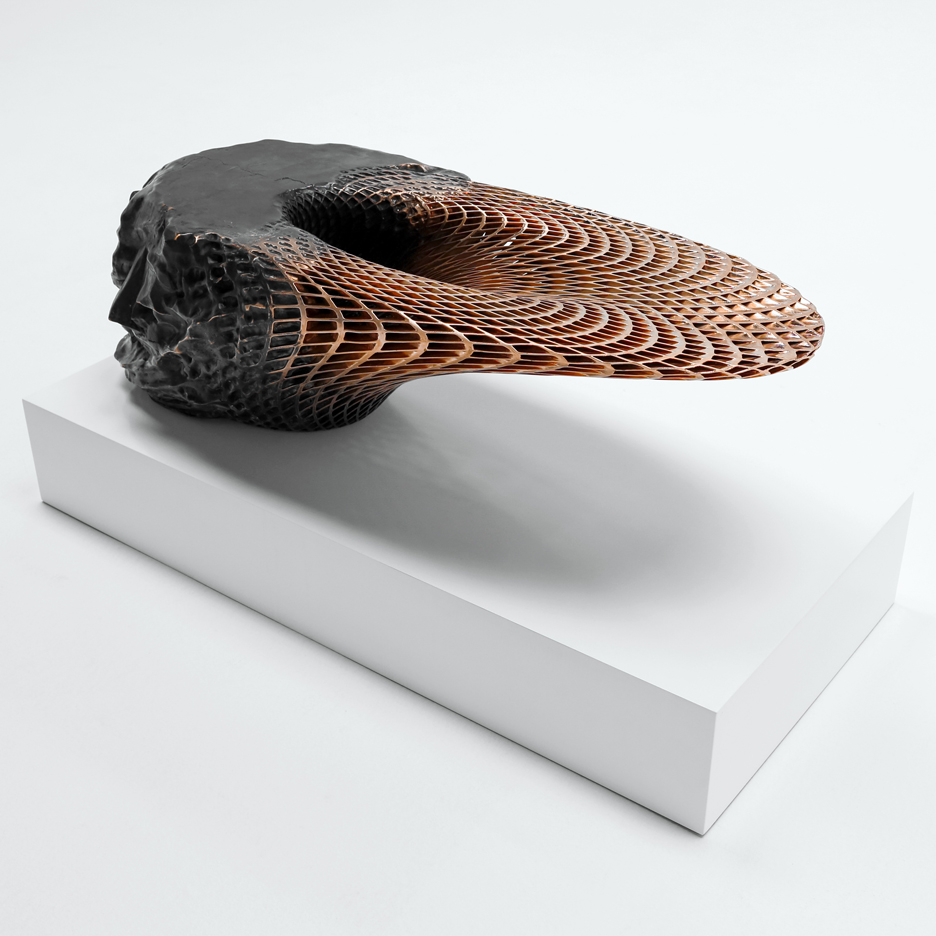 "I was looking into sheets of thick glass at my glass manufacturer's factory, and noticed how the material darkened as they added more layers – the same way the sea does as it deepens," explained designer Christopher Duffy, who has also has also created a bar surrounded by swinging seats instead of stools.

"I wanted to use this effect to replicate a real piece of the earth's seabed," he added. "Like a mythical power had lifted a perfect rectangle straight from the earth's crust to use as his personal ornament."

The sections of glass and wood are built up on top of one another to create a 3D version of a map, which rests on a central rectangular supporting slab.

Areas of the tabletop with more layers are used to create the illusion of underwater chasms, while lighting installed in the table amplifies the effect. 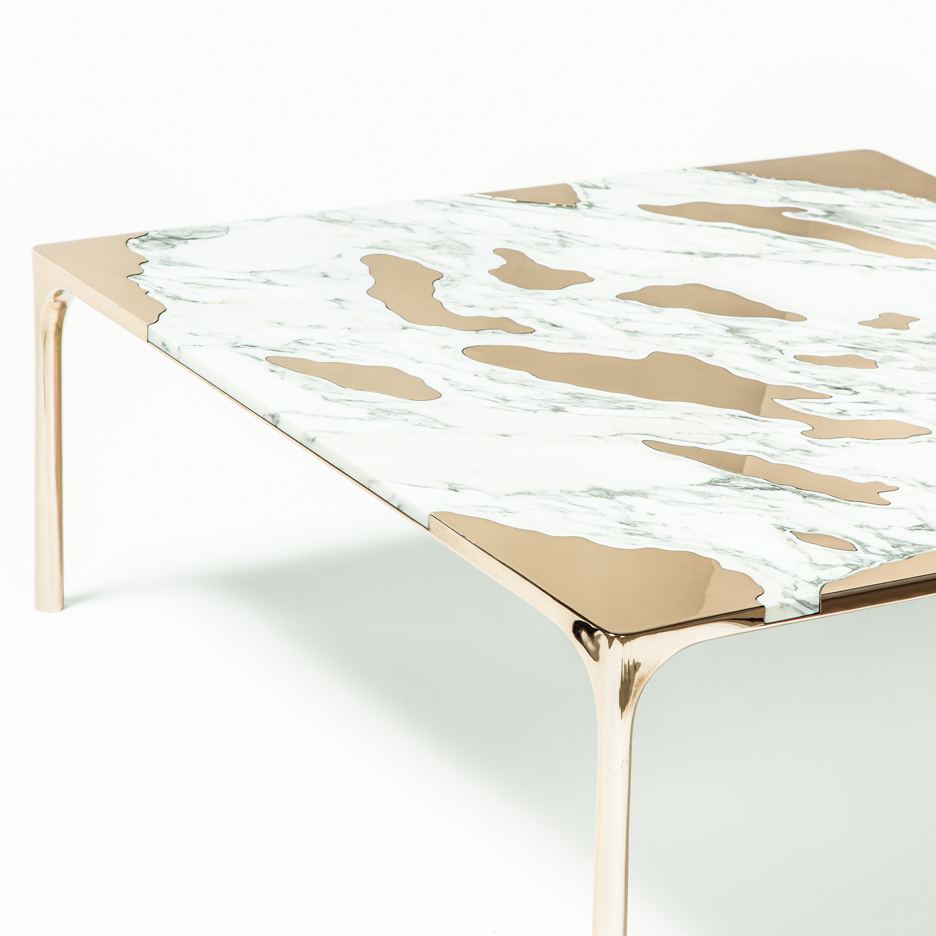 3D-printing pioneer Janne Kyttanen also found inspiration in the elements for a table that fused metal and volcanic rock, while Zaha Hadid borrowed from the shapes of ice formations to design her Liquid Glacial furniture collection.