Maison&Objet 2016: French designer Samuel Accoceberry has created a collection of seating shaped like the curved forms of conch shells for furniture brand Bosc.

All of the pieces in the Concha range have a back made from a single element. This wraps around the seat of the chair like a collar and tapers down to form armrests at the sides.

The chairs rest on walnut bases, supported by four stubby slanted legs placed at each corner.

Accoceberry based the chairs on the spiral structure of conch shells, and named the collection of the Concha Bay in San Sebastián, northern Spain.

"The first approach was to create a small and comfortable armchair, that looks welcoming," said the designer, who has previously created a collection of decorative mirrors formed by tessellating steel panels.

"This enveloping shape of the shell evokes that," he added. 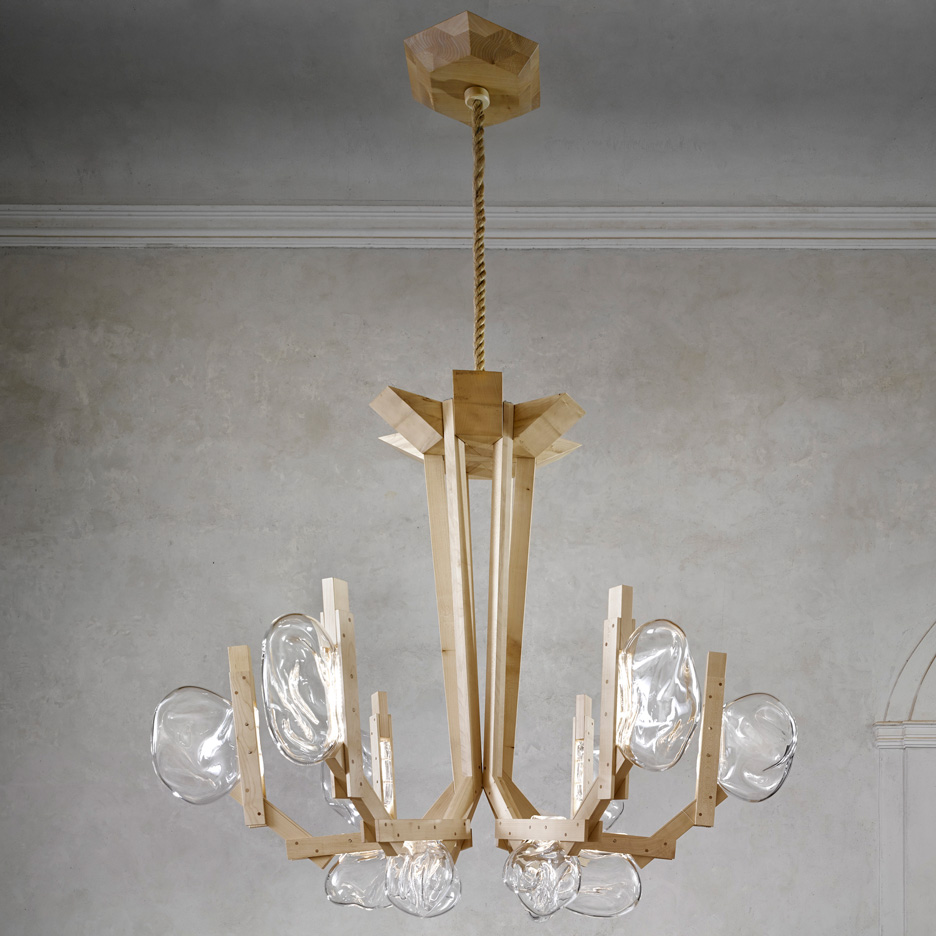 The range includes compact armchairs upholstered in yellow, grey and green, or grey and orange textiles by Danish brand Kvadrat, as well as a larger sofa in blue.

Accoceberry chose the colours to contrast the inside and outside parts of the chair, as well as "underline the warm welcoming shape and feeling".

The furniture is made by hand in France's Les Landes region, in a factory which has been owned by Bosc founder Alain Bastiat's family since the 1960s.

The company is presenting the chair at the Maison&Objet design fair, which is taking place outside Paris from 22 to 26 January 2016.

Spanish studio Muka Design Lab based the high back of its Reves chair on the shape of shirt collars, using an upholstered textile that allowed it to be folded back down over the wooden frame when needed.

Other designers have taken a more unconventional approach to seating supports. Konstantin Grcic replaced a traditional chair backrest with a tube that is shaped like an oversized pool noodle, while Kevin Hviid created a seat back that resembles a giant bow tie.