Movie: in our next exclusive movie with Julia Peyton-Jones, the Serpentine Gallery director discusses the bulbous inflatable canopy that adorned Rem Koolhaas and Cecil Balmond's 2006 pavilion.

"I had this image in my mind that the bubble might sort of float away off into the ether," Peyton-Jones says in the movie. "But of course it never did."

The balloon-like form was lowered when the weather was bad to avoid it getting damaged by strong winds. But the canopy extended above the roof of the Serpentine Gallery when it was fully inflated on fine days. 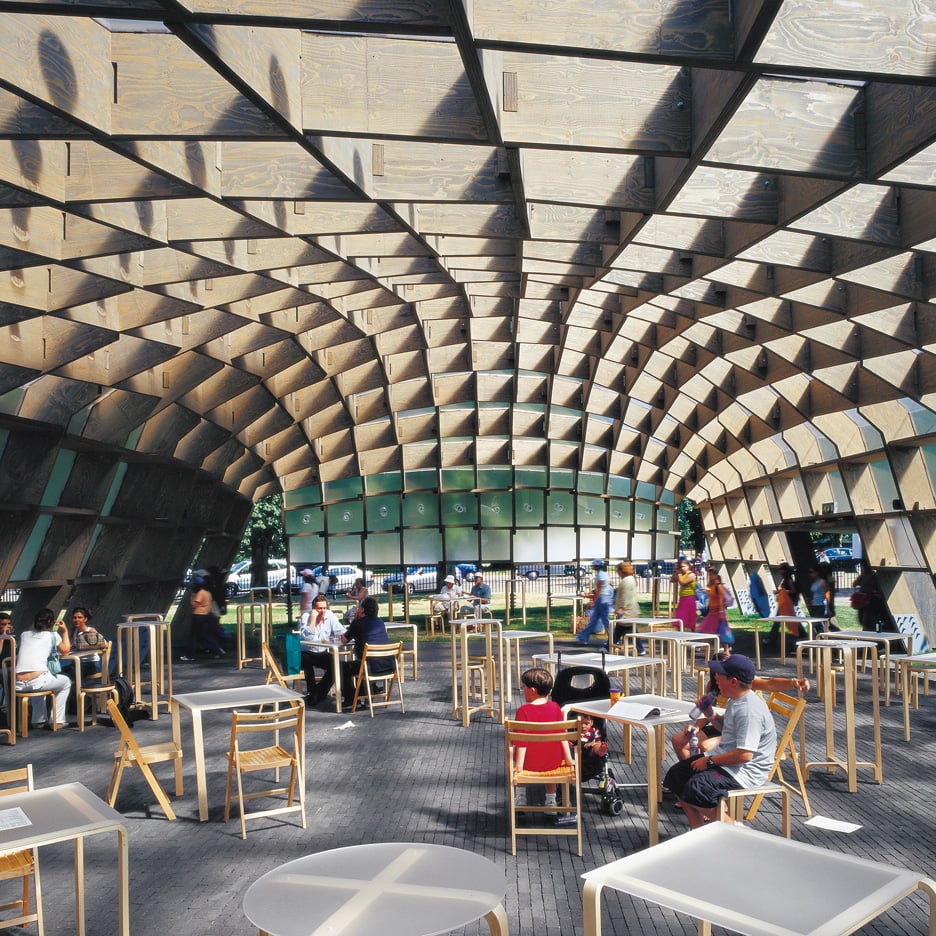 "We had a very simple mechanism," Peyton-Jones explains. "We could raise it like a balloon so it would completely transform the profile of the structure."

The canopy and the solid facade of the structure were made from translucent plastic, allowing natural light to filter into the auditorium housed within the pavilion. Lights inside caused it to glow at night.

Inside, the auditorium featured a frieze by Thomas Demand to coincide with an exhibition of the photographer's work at the gallery.

"That year was incredibly important because there was an artistic link between the pavilion and the gallery," Peyton-Jones says.

2006 was also the year that writer and curator Hans-Ulrich Obrist joined the gallery as co-director. Together with Koolhaas, Obrist hosted two 24-hour interview marathons in the pavilion, talking to a wide range of figures including politicians, architects, philosophers, writers, artists, film-makers and economists.

The success of the events led the Serpentine Gallery to host more marathons at subsequent pavilions.

"Rem and Hans-Ulrich were literally interviewing people throughout the day and the night over a 24-hour period," Peyton-Jones says.

"That became part of the trajectory going forwards and has been integral to the pavilion programme ever since," she explains.