The local architect and his firm designed the family home for a plot in Suwayama Park, a residential area set on a hillside above the city.

A step had been cut into the slope to form footings for a row of gabled houses, but the architects wanted to design a new residence that would restore the natural slope.

An existing house that protruded from the lowest part of the site was demolished to make room for the new residence.

The house inherits its foundations from its predecessor. It is set below a wide sloping roof that is intended to mimic the slope of the terrain. The project is named Re-slope House to reference this.

"This slope had been changed to [form a] landscape that lined up houses forcibly to compete for light and wind," said the studio. 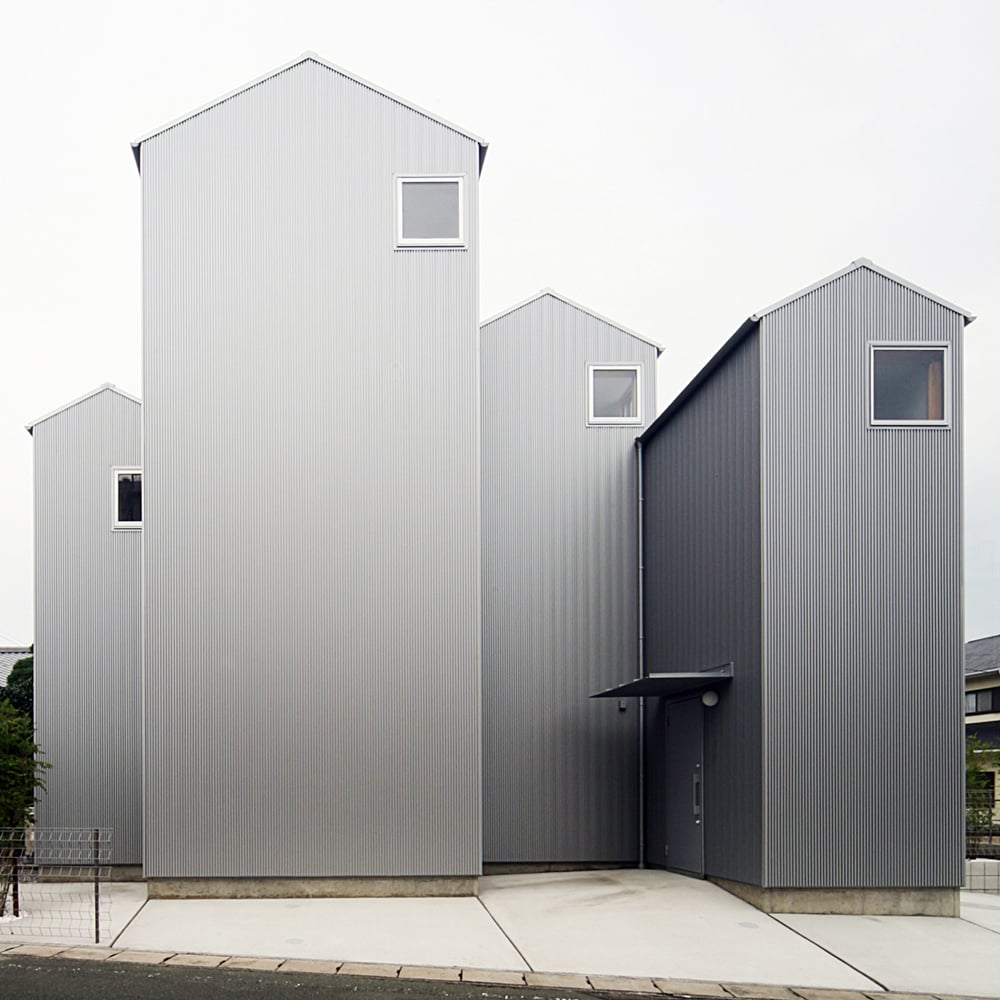 "We explored restoring the slope and the way of architecture nestling on the slope as having the manners by which other animals establish a home in a slope."

The residence appears as a windowless, metal-clad box from the street, with just a sliver of a terrace visible along the roofline. But an abundance of skylights and windows are located within the sloping roof to the rear.

Here, a scaffolding-like arrangement of balustrades and steps constructed over the old foundations provides a terraced garden overlooking the city, protected by the overhanging roof.

The interior is divided into storeya by a series of plywood platforms linked by boxy stairs. The studio employed a similar wood-lined aesthetic for a project in Kyoto containing a house-shaped volume.

The living area is set at the lowest part of the site and connects to the garden, while a bedroom and bathroom are set on a split-level above. A further flight of steps provides access to the street-facing terrace, which also acts as a clerestory window for the spaces below.

"While taking the existing foundation, we designed the configuration of living space like a stage of stairs to restore the original slope," said the architects, "and floated the roof on top, like tracing the ridge line of the original slope. Thus, the slope which had been severed is restored again."