Inside Festival 2015: in this exclusive movie, architect Pan Yi Cheng explains how his studio Produce Workshop created two separate shops in the same space at Singapore's School of the Arts.

Produce Workshop won the Retail category at Inside Festival 2015 for Kki Sweets and The Little Drom Store, two stores that share a space in Singapore's School of the Arts building.

"It is a retail project consisting of a Japanese cake shop called Kki and a shop selling nicknacks called the Little Drom Store," Pan explains in the movie, which Dezeen filmed in Singapore for Inside Festival.

"The challenge was to bring these two very different companies together and at the same time allow their individual identities to shine and flourish."

Produce Workshop had a single 12-metre-wide space to work with, with a floor-to-ceiling glass wall along one side and a single entrance in the middle.

The studio placed the cake shop to the left of the central doorway and the design store to the right. 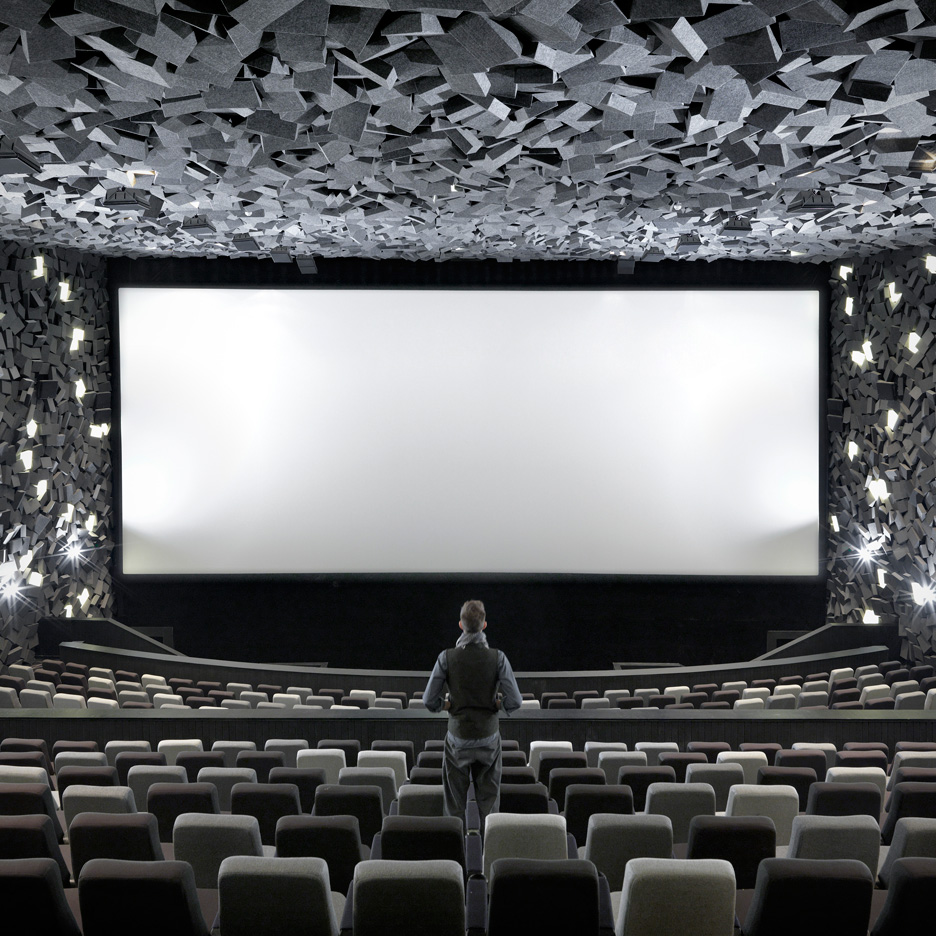 One Plus Partnership's cinema interior resembles the aftermath of an explosion

A raised wooden trellis running the length of the space at a height of 2.4 metres connects the two shops and extends down at certain points to create display units, tables or chairs.

"On the Kki side, the volumes that extend down from the plane serve as tables and shelves for display," Pan explains. "On the Little Drom side, the trellis looks like a treehouse with a ladder extending from the ground, which is a branding tagline that the Little Drom Store uses."

The trellis splits the space horizontally, creating a 1.2-metre void above it, which is a reference to the School of the Arts building itself.

Designed by Singapore architecture firm WOHA, the school's main education facilities are all housed on the upper levels, with the lower levels dedicated to public retail and performance spaces.

"What is instrumental in allowing this building to work is the separation of the classrooms above from the public-orientated facilities below," Pan says.

"We interpreted this in our space with the trellis that acts like a plane throughout the entire space, bringing down the headroom to create a much more intimate surrounding."

This movie was produced by Dezeen for Inside Festival. It was filmed at Inside Festival 2015 in Singapore. All photography used in the movie and this story is by Edward Hendricks, unless otherwise stated.

Inside Festival 2015 took place in Singapore from 4 to 6 November, alongside partner event World Architecture Festival. Dezeen is media partner for both events, and is publishing video interviews with all the category winners.

More from Inside Festival 2015