China has released a directive that could put an end to the country's trend for bombastic architecture.

Just over a year after president Xi Jinping called for an end to "weird architecture", the country's State Council has released a document calling for all new buildings to be "suitable, economic, green and pleasing to the eye", according to the South China Morning Post.

The directive is aimed at tackling the problems associated with the rapid expansion of Chinese cities, as well as increased urbanisation all over the country.

It states that cities will no longer be allowed to grow beyond what their resources can support, and that "oversized, xenocentric and weird" buildings will be forbidden. It also bans gated communities and non-permitted developments.

Xi's original comments, made in late 2014, attacked projects including the Rem Koolhaas-designed CCTV headquarters in Beijing – one of many unusually shaped projects resulting from China's construction boom. 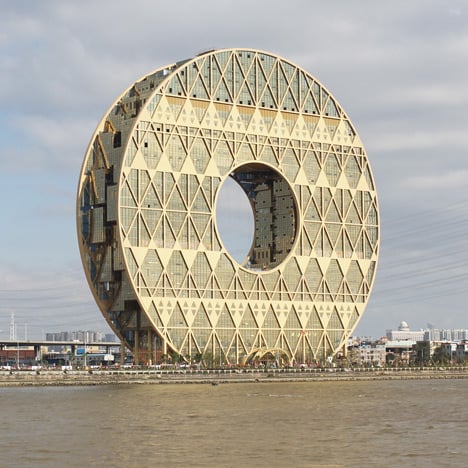 But the new directive comes as a result of a meeting held by the State Council two months ago – the first of its kind since 1978.

It reportedly stipulates that, instead of unusual architecture, simple modular constructions will be encouraged, and predicts that 30 percent of new buildings will be prefabricated in 10 years time.

Not only will new gated communities be banned, but existing ones will apparently be opened up to improve traffic flow.

Existing shantytowns and dilapidated houses are expected to be transformed, with more parks and green areas created.

The firm had previously enjoyed a long run of success in China, delivering projects including the Guangzhou Opera House and the vast Galaxy Soho development in Beijing.

"I feel that there is this attempt by the Chinese leadership to try to make itself more independent and rely on its own talent," Schumacher said.

Some of the more unusual Chinese architecture projects of recent years include a skyscraper shaped like a giant doughnut, an office building said to look like a giant penis and a skyscraper resembling a pair of trousers.