The American designer based his Burnout collection on Il Falò delle Vanità – Bonfire of the Vanities – which took place in Florence in the 1490s. During the event, objects considered sinful were publicly burned.

"Mirrors, musical instruments, manuscripts, works of art and decoration and clothing – beautiful, life-enhancing, liberating clothing – were all put to flame," said the show notes from Scott, who has previously designed a collection of winged prams and an equally avian-influenced edition of a Smart car.

"It was a declaration of small-minded, fear-driven war against the Renaissance virtues of self-expression and intellectual stimulation."

Paraded down a carpeted catwalk between empty gilded picture frames, the Swarovski-crystal chandelier formed a sparkling skirt over a simple black dress.

It was attached around the waist, as if it had fallen from the ceiling and over the model's head.

Other garments in Scott's collection appeared to have been salvaged from the flames, with singed holes in the fabric. 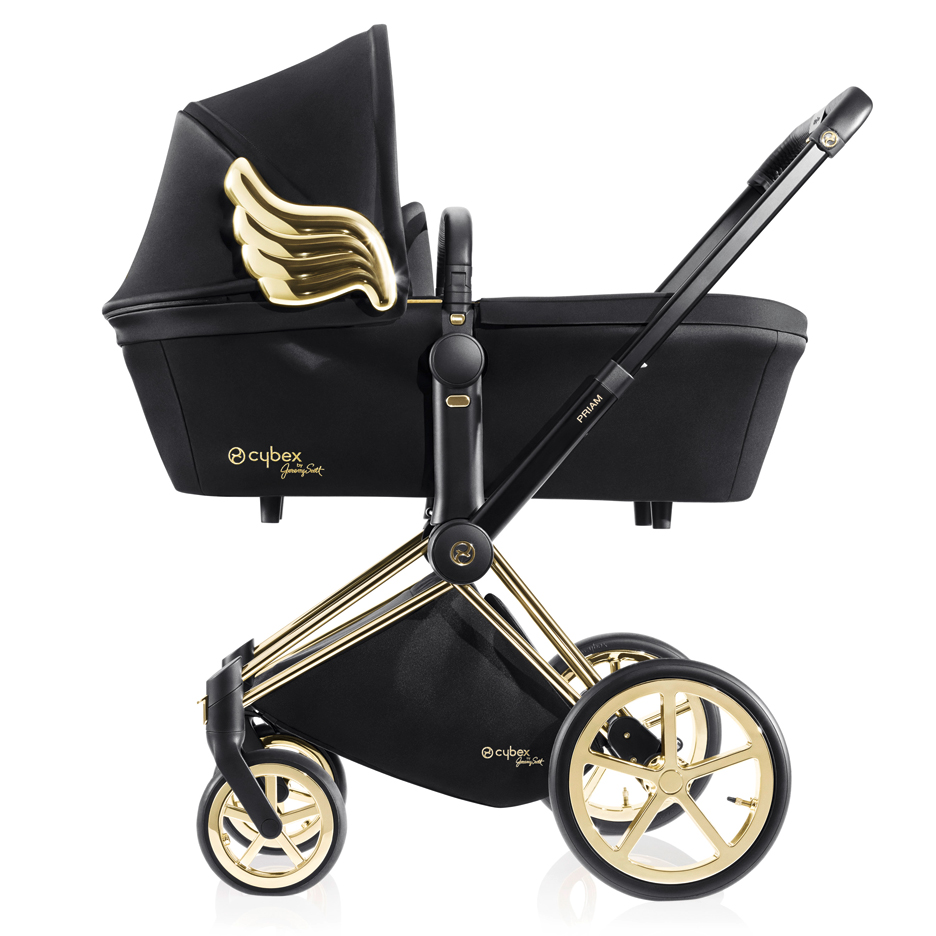 A model wearing a tattered blue dress and long black gloves appeared to be on fire as smoke billowed from her outfit.

The smoke machine was hidden underneath the charred skirt and crinoline, creating an effect that Scott described as "apocalypse wow".

More crystals were sprinkled onto sheer gowns to look like smashed pieces of mirror, while another dress was adorned with splintered wood and tangled strings from a "brutalised grand piano".

Other items in the collection were decorated with crystals to create shapes of skeletons on black material, while some were patterned to match the gold frames of the set design.