A monumental car park building close to London's Oxford Street is being sold, meaning it could now be demolished to make way for a new hotel.

Featuring an elaborate facade of prefabricated concrete diamonds, the Welbeck Street car park was once selected by architect and Dezeen columnist Sam Jacob as one of the most important unsung buildings in the capital. 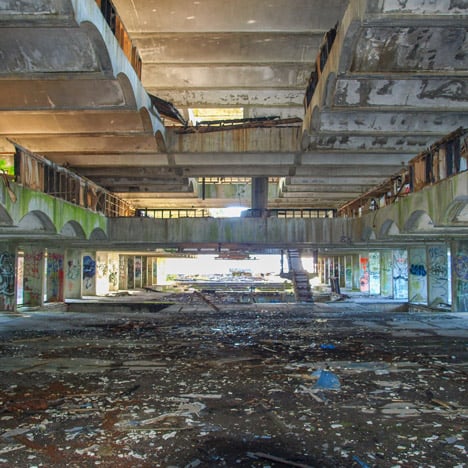 But the Brutalist-era building is now being sold to developer Shiva Hotels in a reported £100 million deal, putting it at risk of demolition.

The 1970s structure had recently been denied a listing from government heritage body Historic England, and was put up for sale by previous owner LaSalle Investment Management shortly afterwards.

The site had been valued at £30 million at the end of 2014. But a recent report from property company Pastor Real Estate named it as one of 18 London car park sites with potential to increase in value by 300 per cent.

"The car park on Welbeck Street provides an annual return of £109.5 million for its 360 spaces, whilst a residential scheme located on the prime Marylebone site has the potential to be worth £406 million," reads the report.

Designed by architecture office Michael Blampied and Partners, the multi-storey car park was built in 1971 by department store Debenhams to serve shoppers to its flagship Oxford Street store. 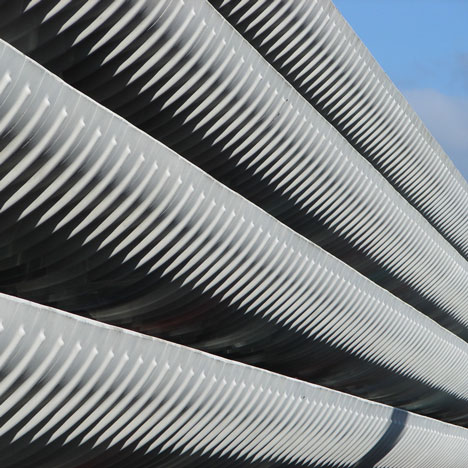 Jacob – who nominated the car park for the Design Museum's Lesser Known Architecture show in 2013 – described the building as "simultaneously practical and symbolic".

"Its rawness casts it as part of the infrastructural landscape: highway engineered into vertical stack. But here infrastructure is handled with such delicacy that all its rawness is elevated to sublime beauty," he said.

The building is currently let to car park operator NCP until 2021, but there is believed to be a break clause in the contract that would allow Shiva to redevelop before then. According to a sales brochure, a 145-room hotel could be built in its place.