Stockholm 2016: the top of this table by Swedish designer Alexander Lervik flips up when not in use, so its curved handle can be used for carrying or as a hook for hanging on the wall.

The Storm side table joins Lerwick's range of furniture for Swedish brand Johanson, which debuted the design at last month's Stockholm Furniture Fair.

Created as a small piece that could be easily moved around, the lightweight metal table features a circular tray balanced between a looping frame.

When necessary, its tray pivots 90 degrees to sit flush with the metal sides. Space above allows the curved top of the frame to be used as a handle.

"I worked out that if the tabletop could be folded down, it would be possible to hang the table on a wall if you didn't need to have it out all the time," said Lervik. 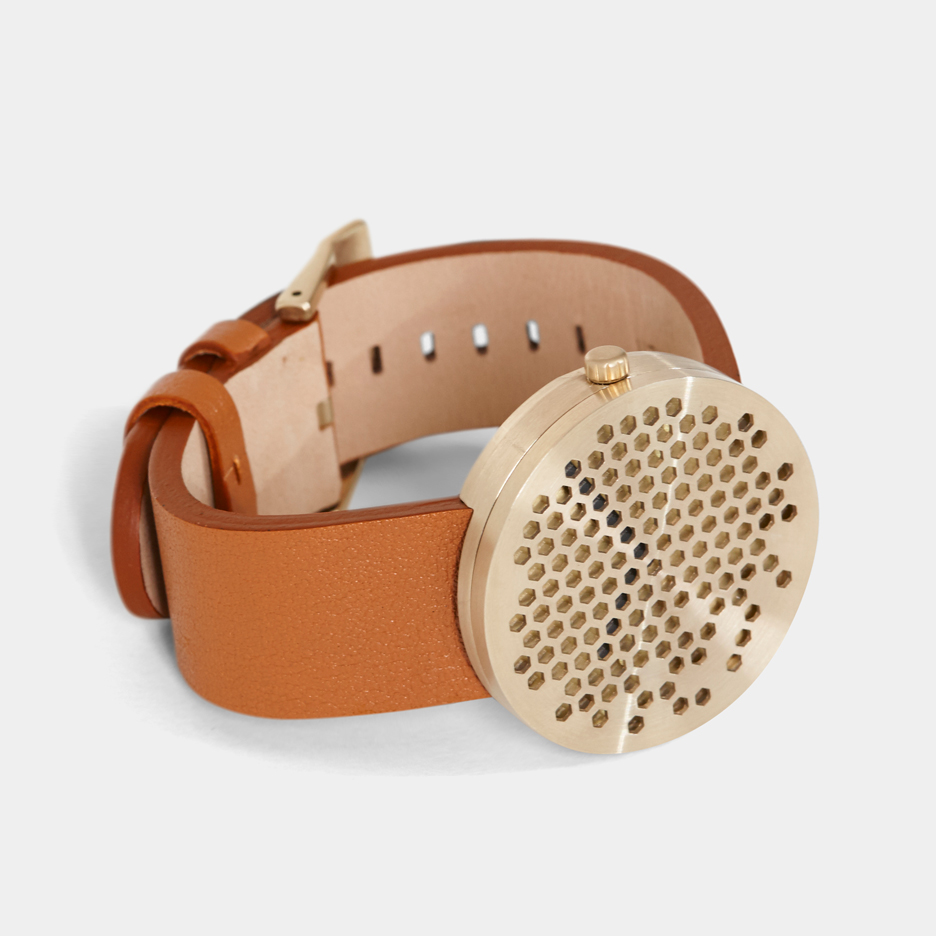 "In one simple operation you can fold Storm so you can hang it up to store it," he added. "This provides greater scope to change a room in line with your needs while also creating an attractive detail on the wall."

A chunky disk-shaped base is used to weigh down the table and prevent it from toppling over. It is available in 231 colours, including pearlescent and textured finishes.

Along with Johanson's stand at the furniture fair, Storm was presented in one of several windows at Stockholm department store Nordiska Kompaniet (NK).

Lervik filled a row of displays with his new products to coincide with the most recent edition of the city's annual design week, which took place from 8 to 14 February 2016. These included a watch with a perforated metal face.

Elsewhere in the city, Iittala and Issey Miyake unveiled a collaborative homeware collection and Residence Magazine curated an exhibition of products by Note Design Studio.