Dezeen promotion: entries are now open for architects and designers to submit ideas for reviving a forgotten island in the Venetian Lagoon by transforming it into a university campus (+ slideshow).

Organised by Young Architects Competitions (YAC), the ideas competition is asking entrants to develop a proposal for transforming Poveglia Island, located between Venice and Lido, which has been abandoned for the past 50 years.

Poveglia has no connection to the mainland and is covered in thick vegetation making cultivation difficult. The Italian Government has recently focused on ways to use the island, which is why the location was chosen for the competition.

"Poveglia Island was once a flourishing place but then it was gradually abandoned," said the organisers. "Since the battle of Chioggia, people started to move from the Island leaving it in a dreadful situation."

The competition calls for ideas that reveal the potential of Poveglia, showing how it can be used as a location for the studies and leisure activities of university students.

"Poveglia Island will be the background to create suggestive academic, cultural, leisure and sport activities," the organisers said. 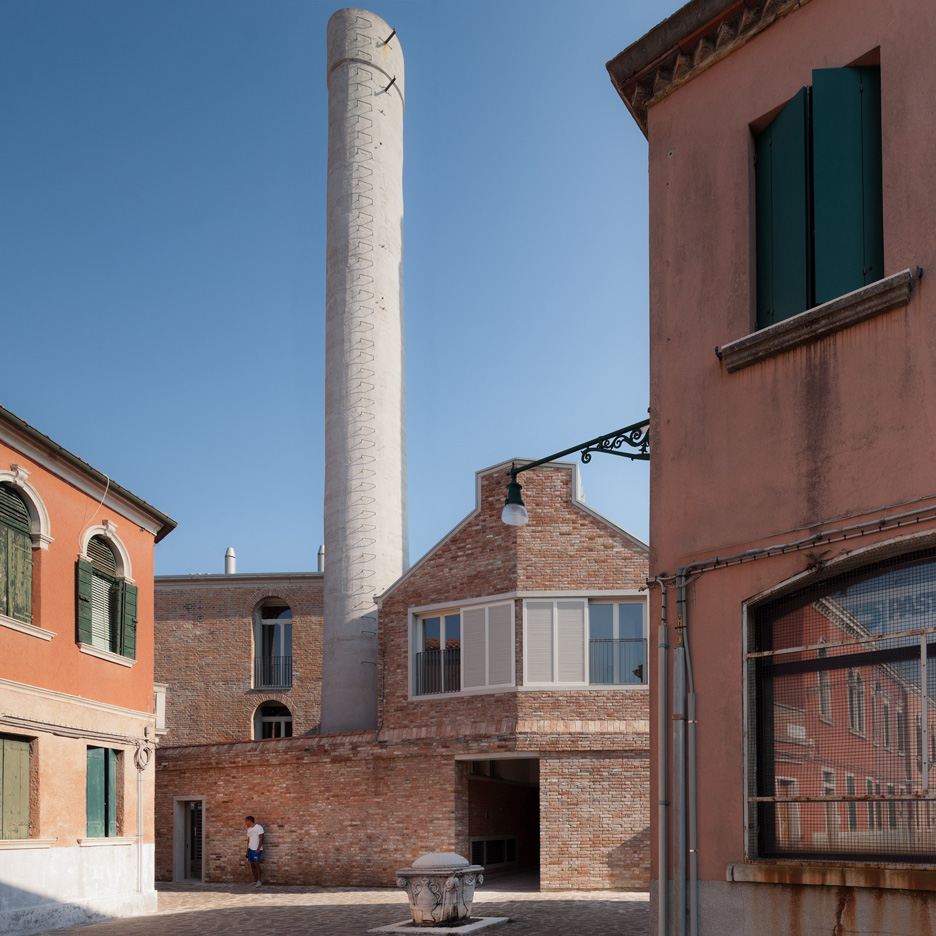 All material for the competition can be downloaded from the YAC website. Entrants must then register and upload their project.

Read on for more information from YAC:

Only few settings can boast the charm of a desert island. From Mompracem to Robinson Crusoe, the island is a place of adventure, exile and shipwreck. Failure and salvation at the same time – the place of the unconscious before being a real geographic site – an island is the place where people challenge themselves getting used to silence and nature, face amazing challenges.

In one of the most charming places in the world, a few kilometers far from San Marco’s bell tower in Venice, a fascinating authentic island skimmed by waters, emerges shyly: Poveglia.

Despite its area extent and beauty that mark the difference between Poveglia and the other lagoon islands, over the last years this incomparable gemstone had to undergo, a disastrous decline.

Venice has never completely forgotten Poveglia, but its citizens stopped visiting the island over time has become a natural setting for the grimmest tales and fantastic rumors. But, this situation will soon change. The Italian Government – the owner of the estate – has lately put a spotlight on Poveglia, in order to make a reuse of the island possible.

In the wake of this purpose, YAC launches University Island, a project to transform Poveglia into a dream university campus; a place of training, leisure and relax for the many students gathering in Venice.

Poveglia enters into history in the 6th century AD when, after the Lombard invasions, people escaped from the devastation of Este and Padua find a shelter on the island making this land their home place and center of their community. Thanks to its salt extraction, fishing and agriculture
Poveglia, with its castle becomes a prominent element of the Venetian Lagoon history and is awarded with a significant reputation and exclusive privileges.

The dreadful decline of the island started in 1380, when – with the exacerbation of the war of Chioggia- people move to Venice, a much safer place than Poveglia. Since then, the island becomes firstly a leper hospital and secondly a maritime quarantine place throughout the 19th century until the second postwar. With a tragic history and increasingly related to a bad reputation, Poveglia becomes a geriatric hospital until 1968. For almost half a century, Poveglia remains isolated, victim of disregard and of a nature that soon makes most of the island inaccessible.

Nowadays, Poveglia looks like a bewitched and gloomy place. Silently skimmed by the Lagoon waters and the sluggish lapping of the waves, its ruins, endure undisturbed looking at the cycling sequence of dawns and sunsets.

One A1 panel and one A3 booklet required

Four gold honourable mentions will each receive €1,000 and a one-year subscription to Casabella magazine.

Ten honourable mentions and thirty finalists will each receive a one-year subscription to Casabella magazine.