The developers of a biodegradable urn that turns the ashes of a dead person into a tree have designed an incubator to aid the growth process (+ slideshow).

The Bios Incube is the latest development from Bios Urn, the startup behind the biodegradable urn that holds cremated ashes and comes with a seed inside that grows into a tree.

When the urn is buried in the soil-filled smart incubator, users can monitor the progress of the plant's growth using a smartphone app.

The Bios Incube is described as the "first tree incubator designed for the afterlife" by its designers.

"More and more people are looking for environmentally conscious and economically feasible ways to bury those who have passed, and the Bios Incube offers that and more," said the Bios Urn team. 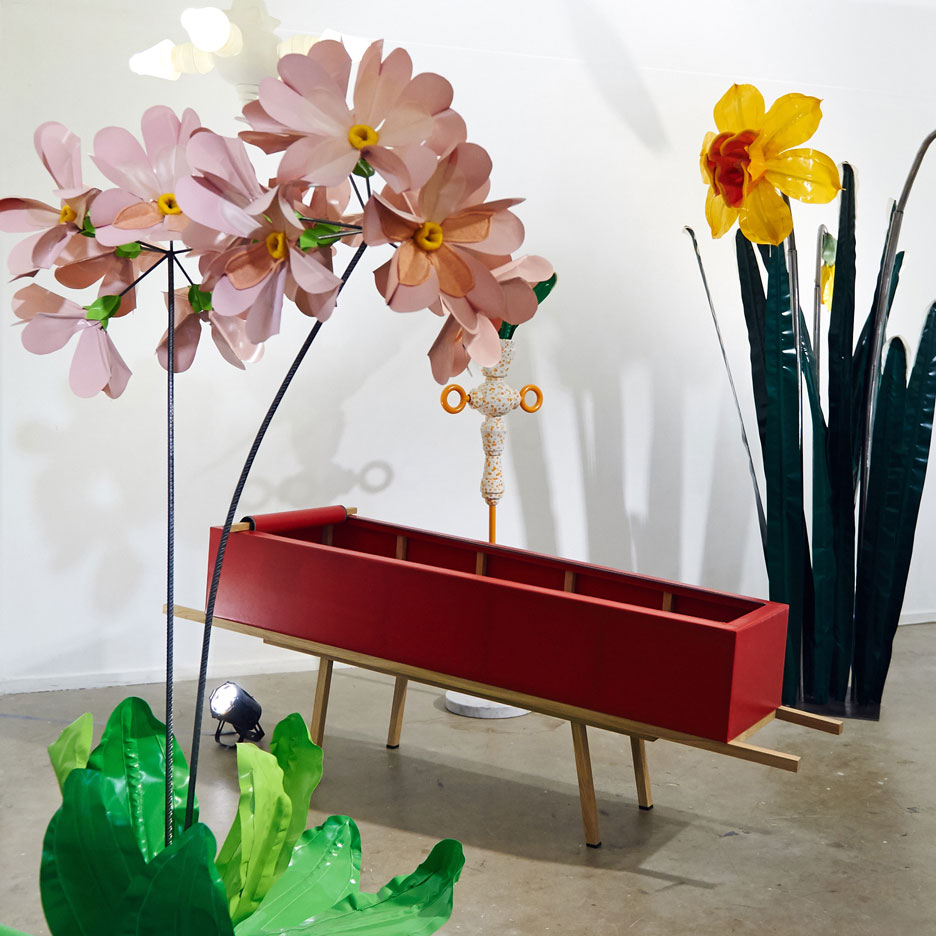 "It has been designed for city dwellers, those seeking  alternatives to cemeteries, and for people who want to meaningfully connect with their loved ones who have passed away," they added.

Bios Urn was originally developed in 1997 by Spanish designer Gerard Moliné, who relaunched the product in 2013 with his brother Roger.

The Bios Incube, launched on Kickstarter earlier this month, is equipped with a built-in self-watering system that is triggered by a sensor device attached to the surface of the soil.

Water is held within a double-skin that surrounds the soil inside, then automatically released through a valve when needed.

The sensor also monitors moisture and temperature in the atmosphere and soil, while detecting levels of light exposure and assessing electrical conductivity.

All the data collected from the sensors is then combined and sent to a smartphone app – allowing users to remotely check on their tree, while providing them with advice for optimum maintenance.

Once the tree has sprouted, it can be removed from the incubator and planted in a desired location.

The designers believe that the urn will change the way people think about death by "converting the end of life into a transformation and a return to life through nature."

"The topic of death and the process of grief is often sterilised and avoided in conversation for fear of being too taboo to discuss – we want to change that," said Roger and Gerard Moliné.

"We believe the end of human life is a remarkable event that has the ability to teach us if we let it," they added.

The Bios Incube is currently halfway towards its €60,000 (£46,500) goal on Kickstarter, with 26 days left of the crowdfunding campaign at the time of writing. If the project is successful, deliveries of the incubators for backers are expected to commence in May 2016.