Tian designed the collection during his masters course at London College of Fashion, after becoming interested in how 3D layering could be used in footwear design.

To create the range, the designer poured liquid PVC into a mould, before using an oven to heat it to a solid state. Fabric was then layered on top, and a pressing machine used to combine the two materials together.

The process can be used to create unusual surface textures that vary from shoe to shoe, as well as individual elements that can be placed as raised 3D patterns on the surface of the footwear. 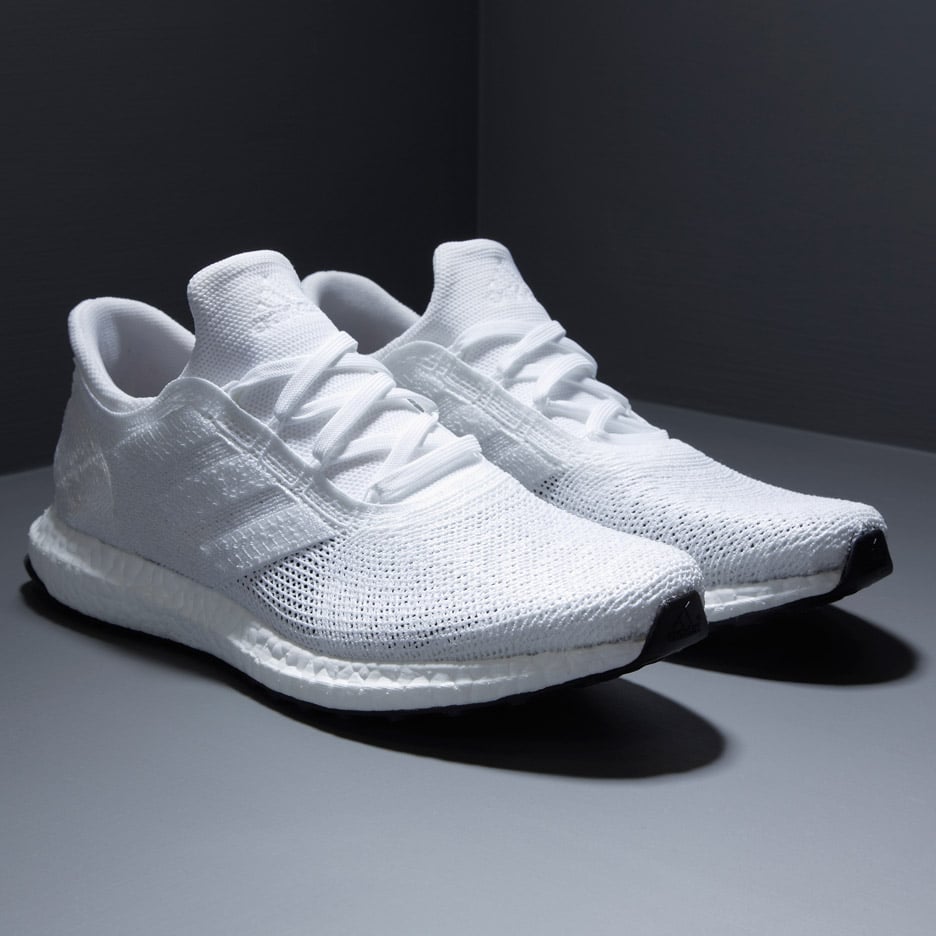 The collection features a range of striped and semi-woven patterns, with different layers accentuated in bright contrasting colours. Designs range from high heels, to trainer-style footwear and slingbacks.

The designer worked with seven different Chinese factories to test and produce the shoes, designing a different mould for each piece of footwear.

"I wanted to use this opportunity to research how to push the boundaries of what is technically possible within a mass footwear production environment in China," said Tian, who hopes to sell the collection in the future.

3D printing has also been posed as an alternative to shoe production, and has been used by Troy Nachtigal to create personalised shoes for a Dutch politician. Also, footwear brand New Balance developed soles that can be printed to support an individual wearers' pace.

Other unusual shoe designs include Marloes ten Bhömer's conceptual high heels, and Kevlar footwear that wraps the foot like a sock.