Gillis Lundgren, who designed some of IKEA's most iconic products and was one of the furniture giant's first employees, has died at the age of 86.

Lundgren, who passed away on 25 February 2016, was born in Sweden in 1929. He studied at the Malmö Institute of Technology, and joined Swedish furniture company IKEA in 1953 as its fourth employee.

Although he was initially hired to manage the IKEA Catalogue, Lundgren moved on to design some of the company's most famous products – including the Billy bookcase.

The design is now 37 years old and comes in many size variations, with options for glass doors and a selection of finishes.

IKEA makes 15 Billy bookcases a minute, and had sold more than 41 million units by Billy's 30th anniversary in 2009 – which, if you laid them all out in a line, would be over 70,000 kilometres long.

"I drew the first sketches on a napkin," said Lundgren at the time. "That was often the way we worked. Ideas are perishable and you have to capture the moment as soon as it arrives." 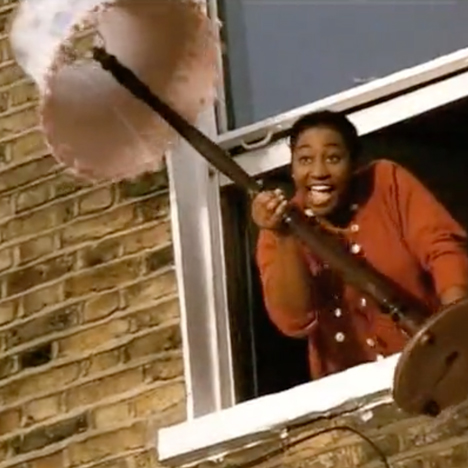 IKEA's "Chuck out your chintz" ads changed British taste, says the man who wrote the slogan

Kajsa Johansson, an IKEA spokesperson, confirmed his death to the Washington Post, describing him as "a man full of ideas that he quickly turned into practical products," but gave no other details.

A statement sent to Dezeen from IKEA stated that Lundgren "meant very much" to the company.

"We remember Gillis as a man full of ideas that he quickly turned into practical products," it said. "He contributed to our vision to create a better everyday life for the many people".

Working closely with IKEA founder Ingvar Kamprad, Lundgren saw the company grow into a multinational corporation with more than 100,000 employees.

He has also been credited with inspiring the flat-pack, self-assembly concept that revolutionised the company. En route to a photo shoot for the IKEA catalogue in the 1950s, he apparently removed the legs of a table so it could fit into a car.

Lundgren received the Swedish Tenzing Prize for innovators in 2012, and described the table incident in his acceptance speech.

"I told Ingvar that I think that table takes too much darn space," he said. "I think we should unscrew the legs and put them under the table."

Kamprad also recalled the event in the 1998 book Leading by Design – the IKEA Story by Bertil Torekull.

"We had our first flat parcel, and thus we started a revolution," said Kamprad – noting that although IKEA was not the first to sell self-assembly furniture, it was the "the first systematically to develop the idea commercially."

Lundgren continued working as a consultant for IKEA into his 80s after retiring from the company.