Sportswear brand Nike has unveiled a pair of self-lacing trainers that automatically adjust to your foot when you put them on (+ movie).

The Nike Hyperadapt 1.0 shoes contain tiny electric motors that tighten and loosen the laces. Sensors in the shoes react when you put the shoes on, tightening them around your foot. Control buttons set on the side of the shoes allow you to manually adjust the fit of the shoe.

"When you step in, your heel will hit a sensor and the system will automatically tighten," said Tiffany Beers, senior innovator at Nike, who led the design of the shoe. "Then there are two buttons on the side to tighten and loosen. You can adjust it until it's perfect." 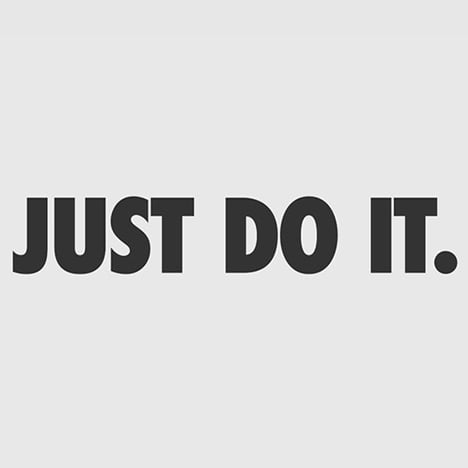 The trainers, which use a technology called EARL (electro-adaptive actives laces), were unveiled at the Nike Innovation event in New York today where Beers and Nike designer Tinker Hatfield demonstrated the technology.

"Wouldn't it be great if a shoe, in the future, could sense when you needed to have it tighter or looser?" said Hatfield. "Could it take you even tighter than you'd normally go if it senses you really need extra snugness in a quick maneuver? That's where we're headed. In the future, product will come alive."

Hatfield said the shoes were "not a gimmick" and could be used during basketball games, for example, where athletes spend around half the time inactive and do not need their shoes to be as tightly laced as they are when playing.

The soles of the sneakers contain batteries that are recharged wirelessly by induction. A three-hour charge gives enough power for a couple of weeks, and lights in the sole and on the back of the shoe indicate the power level, changing from blue through yellow to red when they need recharging.

The shoes are a distant cousin of the Nike Air MAG shoes worn by Marty McFly, the lead character in the 1989 time-travel movie Back to the Future II.

In the movie, McFly is transported to 2015, where the self-lacing shoes are commonplace. Last year, Hatfield announced that Nike was hoping to bring a similar shoe to the market. The Nike Hyperadapt 1.0 shoes will go on sale towards the end of this year.