Architecture firm Waugh Thistleton has unveiled plans to build a timber-framed office block in London's Shoreditch that will reveal its state-of-the-art structure through a series of vertical slices.

Proposed to replace the existing Development House complex at Leonard Circus, the new nine-storey office building will be among the tallest modern timber-framed buildings in the British capital.

The project is the latest example of timber's resurgence as a building material, which architects are calling "the new concrete".

"CLT is the future of construction," architect Alex de Rijke of dRMM told Dezeen last year, while Waugh Thistleton director Andrew Waugh said: "This is the beginning of the timber age."

Waugh Thistleton plans to reveal the new building's wooden structure by dividing the building up into five quadrants and adding large sections of glazing in between. Passersby will clearly see the timber floor plates through these huge windows.

"Building in timber offers a number of advantages, including minimised time on site, and associated sound and waste disturbance," explained Waugh. "This translates to less impact on adjacent occupiers, street users and surrounding community. 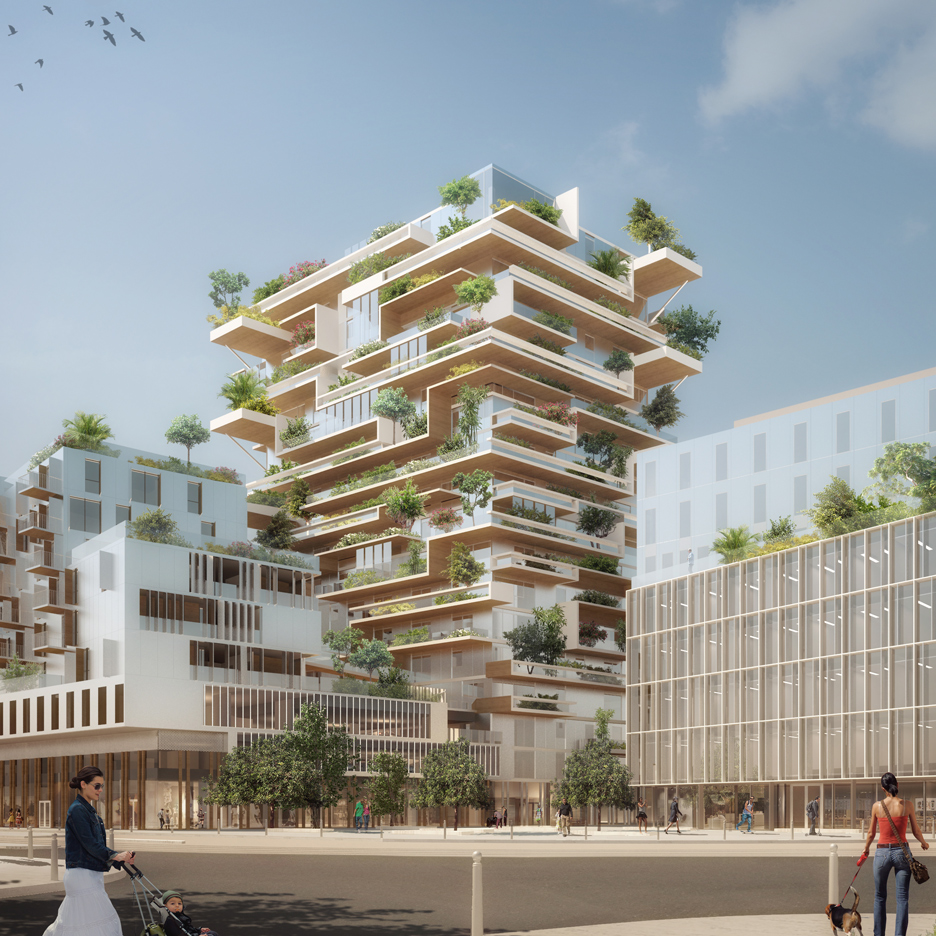 Glulam is manufactured by layering up multiple slices of wood and gluing them together. CLT is produced in a similar way, but involves arranging the layers at right angles. But both are significantly stronger than regular wood.

Because of this, Waugh Thistleton has already used both of them on numerous projects. The London-based firm was behind the UK's first CLT building and the record-breaking Murray Grove residential block.

The new 8,000-square-metre Development House will be organised around a central core, with a large foyer at ground level. It is designed to offer flexible tenancy, so could be occupied by either one or several companies. 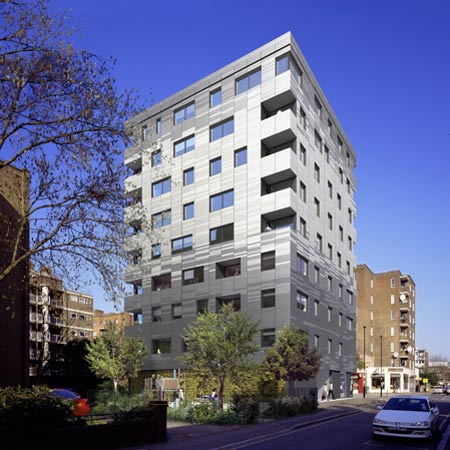 As well as offering light and ventilation, the glazed perimeter openings will provide various floors with garden terraces.

"This is a really exciting scheme that can transform one of the key development sites in Shoreditch by creating a truly iconic building," said Conrad Peberdy, director for property developer Ethical Property.

Other new London buildings to exploit timber include a 33-metre-high apartment block, also in Shoreditch, and a house for artist Richard Woods.

Elsewhere, it is being proposed for high-rise towers, including one on the USA's west coast and several underway in Stockholm.